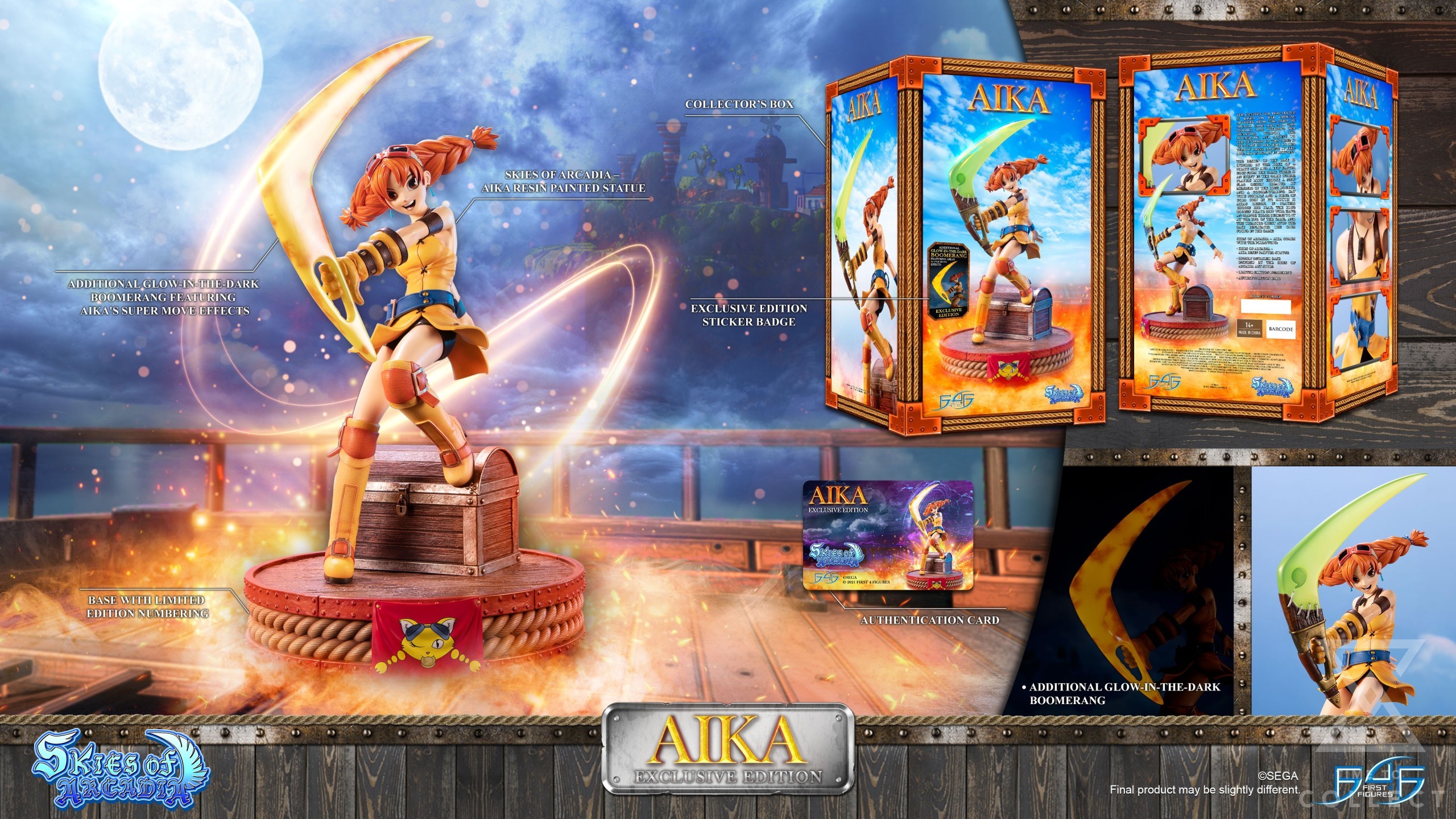 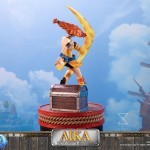 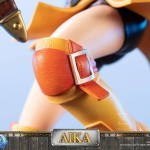 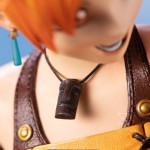 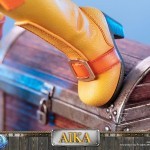 First 4 Figures is proud to introduce their latest resin collectible, Aika. This is the first statue to release in the all-new Skies of Arcadia lineup.

The concept for this statue is based on her official artwork from the Skies of Arcadia game. Aika is in this dynamic pose wielding her signature weapon, the Boomerang. And adding to the dynamism of this piece is the flow of the skirt of her yellow dress, making it feel like Aika is really in motion!

The design of the base is inspired by the deck of a pirate ship and a few easter eggs from the game. There is an event in the game where players must choose a new flag design created by members of the Blue Rogues, and a goggle-wearing cat with pigtails and a piece of gold coin in its mouth is Aika’s design. If players choose her flag, the Blue Rogues’ pirate ship will have an orange color scheme to it at the end of the game. And the treasure chest atop the base replicates the ones found in the game!

The Exclusive Edition of this statue comes with an additional glow-in-the-dark Boomerang that is yellow in color with fiery details, which is what Aika’s Boomerang looks like after using her Super Moves!

Skies of Arcadia – Aika (Exclusive Edition) comes with the following: