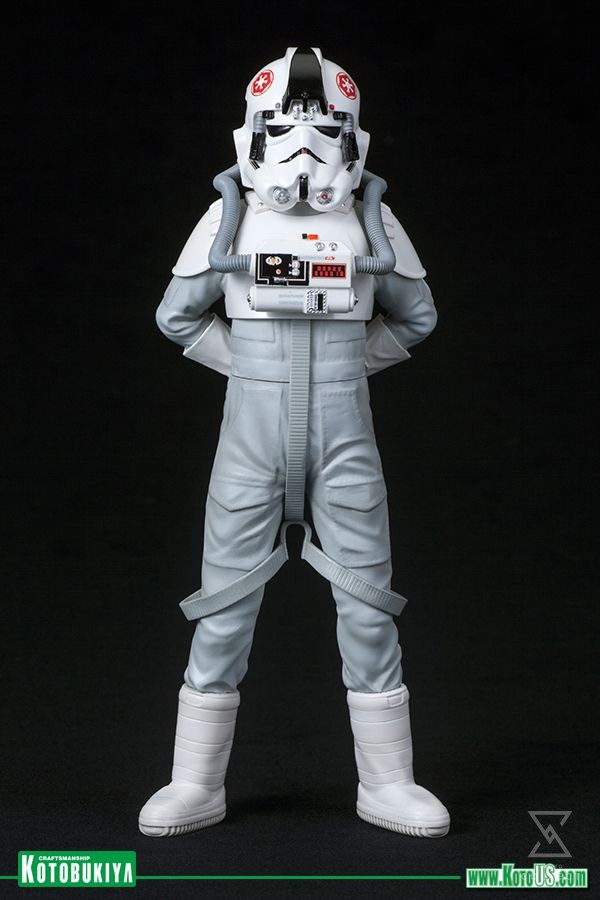 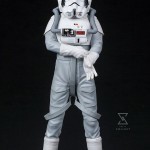 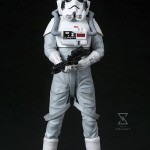 A Kotobukiya Japanese import! Star Wars ARTFX+ Statues bring you all of the quality and detailing that you expect from an ARTFX release in a great smaller scale perfect for collecting! The Saga Collection has exploded with fan favorite characters like Boba Fett and Darth Vader as well as army builders like troopers, clones, guards, and more. Following up on the previous release of the Snowtroopers, Kotobukiya is proud to offer another unique Imperial Army character with the AT-AT Driver!

First seen alongside the Snowtroopers in Star Wars Episode V: The Empire Strikes Back when Vader’s forces attacked the Rebel base on the frozen world of Hoth, this driver was in charge of operating the massive quadrupedal All Terrain Armored Transport walker. The crewman is ready to take his place at the controls of the Imperial Walker, wearing a distinctive uniform ideal for the cockpit with a gray flight suit, armored harness, thick boots and gloves, and familiar Imperial helmet connected to a chest-mounted computer and life support system. All of the subtle details from the film are included down to the readout on the chest and even the commlink embedded in the glove. There are even multiple arm parts so you can customize your display with the Driver putting on his gloves, at parade rest with his hands behind his back, or wielding his blaster pistol.

ARTFX+ Statues are fun-to-assemble pre-painted snap-fit kits that can be put together easily in seconds without glue or modeling skill. The AT-AT Driver stands just over 7 inches tall (1/10th scale) with magnets in his feet for extra stability on the included metal display base. Prevent Rebel attacks with the Driver in your Imperial ARTFX+ Statue collection!