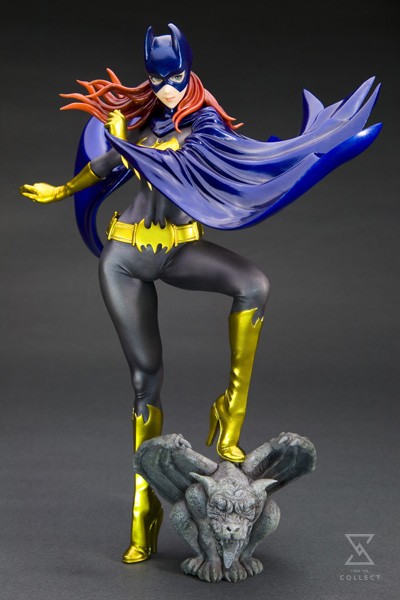 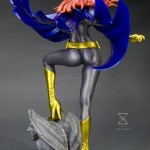 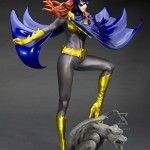 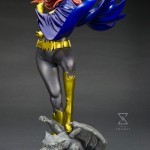 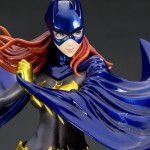 A Kotobukiya Japanese import! Continuing the DC Comics lineup of beautiful bishoujo-inspired statues combining DC’s Super Heroines and villains with traditional Japanese stylings is Batgirl! The classic and best known Batgirl first appeared in 1967, the alter ego of Gotham City police commissioner’s daughter Barbara Gordon. Brilliant and courageous, Batgirl helped defend the good citizens of Gotham City alongside her mentor Batman. Barbara comes to you now in the Japanese bishoujo (pretty girl) style based on original character art by world famous illustrator Shunya Yamashita! A force to be reckoned with in Gotham City, Batgirl stops bad guys in their tracks with her sexy costume and alluring pose. Every element of her classic gray, blue, and gold bodysuit has been recreated, from her tall boots to her bat-symbol, utility belt, gloves, cape, and cowl. Barbara stands with one foot resting on a gargoyle, accentuating her long legs, while she slyly spins her cape in front of her. Batgirl’s long flowing red hair is a striking contrast to her dark blue cape, especially as they both frame her beautiful Bishoujo-styled face. Sculpted by Atelier Bamboo, Batgirl is constructed of high-quality pvc plastic and stands approximately 9 inches tall (in the DC Bishoujo 1/7 scale) with the exclusive Gotham City gargoyle base. Barbara looks great on her own or with other DC ladies, and you can look forward to more beautiful coming soon! 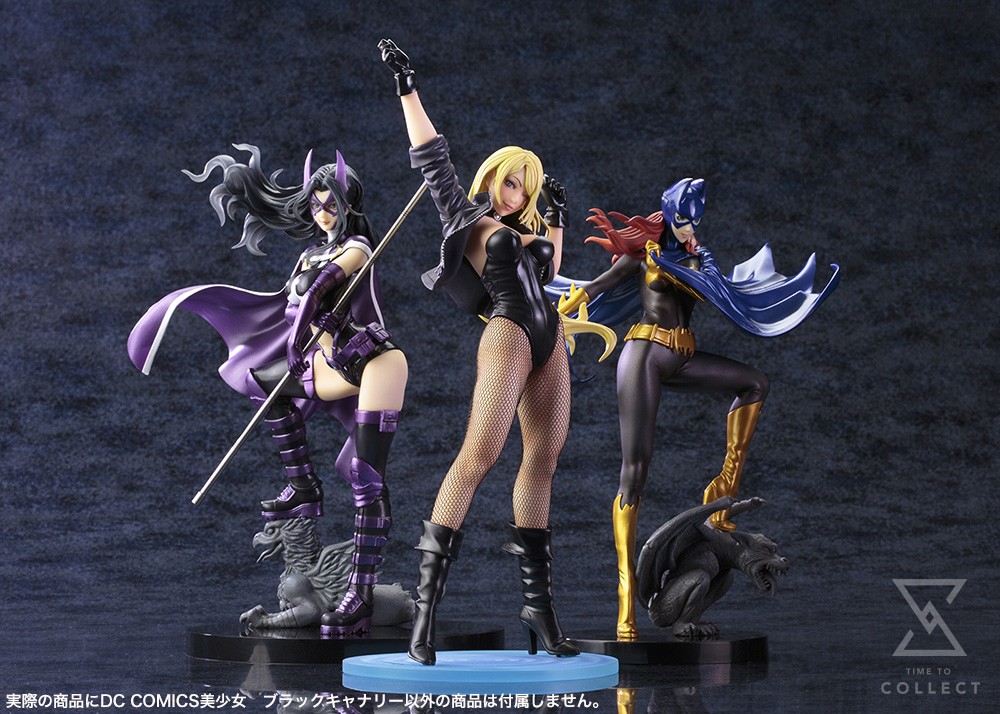