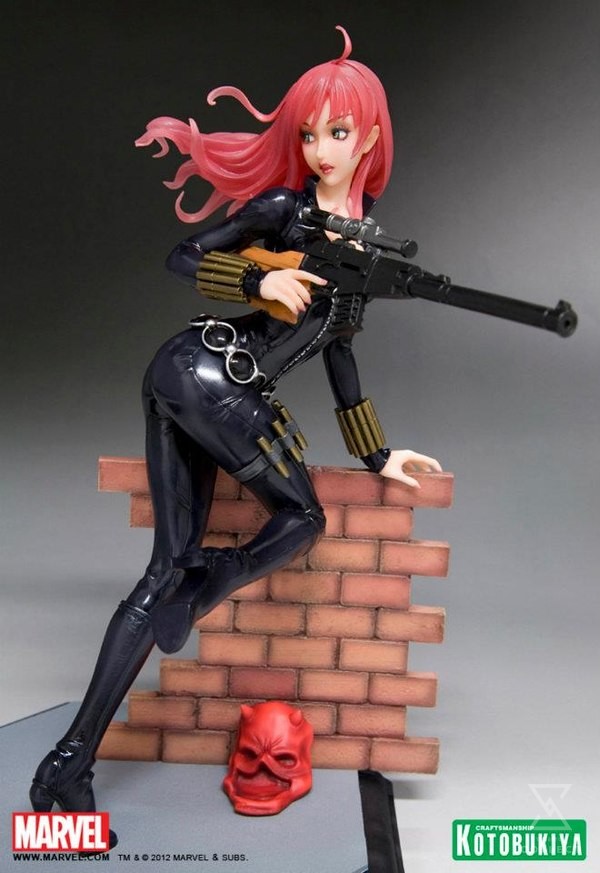 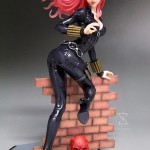 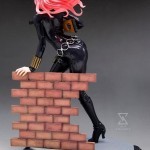 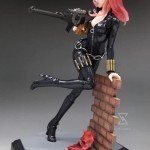 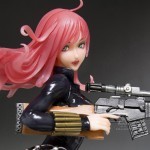 A Kotobukiya Japanese import! The Marvel Comics Bishoujo Statue line (capturing superheroines and villains in the “pretty girl” style) continues with amazing beauties but this month a previously released character sneaks back in with an all-new rendition: Black Widow – Covert Ops Ver.! The beautiful Russian super-spy and member of the Mighty Avengers has received a stunning update in the current 1/7th scale, and is based on a new illustration by the incomparable Shunya Yamashita. Natasha Romanova has appeared in the pages of Marvel Comics since her introduction in 1964, frequently saving the world alongside her fellow Avengers.

The beautiful but mysterious Black Widow has never looked better as she lures an unseen foe into her trap, preparing to vault over a low wall. The sexy Avenger wears her traditional skin-tight bodysuit that leaves little to the imagination, and of course it’s accented by her unique belt, wristbands that fire the “Widow’s Bite,” extra ammunition strapped to her thigh, and built in high-heeled boots! Her entirely new sculpt brings an unprecedented feeling of action and movement (highlighted by her swirling hair), and of course Black Widow’s adorable Bishoujo-inspired face will stop you in your tracks. Interchangeable parts even let you display Natasha with or without her fearsome rifle!

Sculpted by Masahiro Takahashi, the new Covert Ops Black Widow stands over 8 inches tall in 1/7th scale with the current and future Marvel Bishoujo Statues. Her exclusive display base features a broken chunk of wall as well as a hint about Natasha’s complicated past: a Daredevil mask!