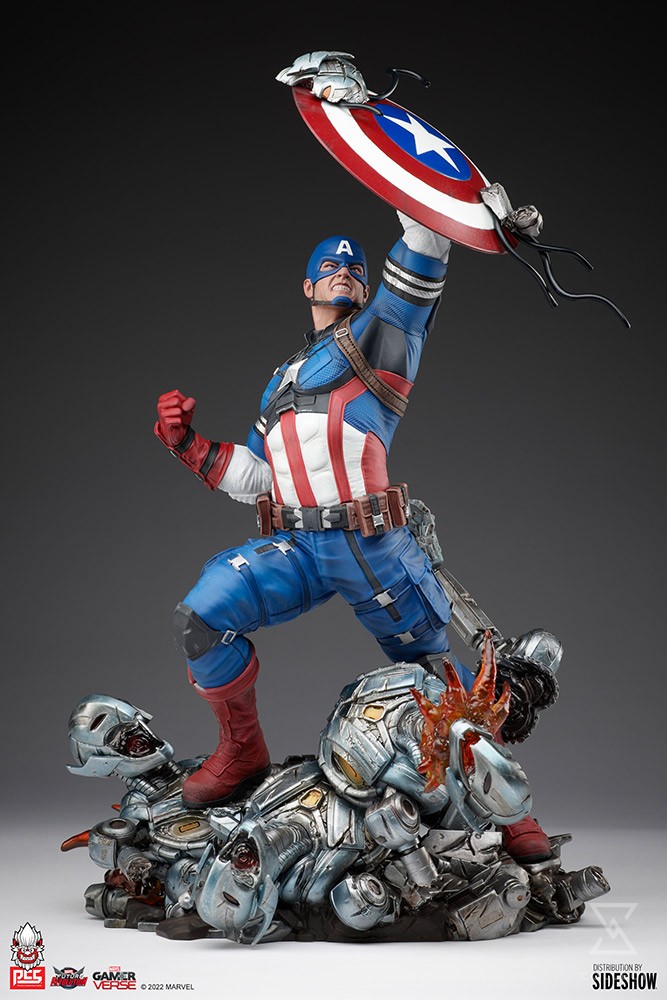 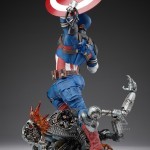 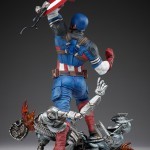 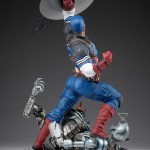 “After all these years, this part never gets old.”

Sideshow and Premium Collectibles Studio present the Captain America 1:6 Scale Statue, a dynamic Marvel collectible ready to fight his way to your shelf.

The fully sculpted Captain America Statue measures 15” tall as the Star-Spangled Avenger, clad in his signature red, white, and blue attire, defends a city from a horde of evil robots. Using his circular shield, Steve Rogers delivers a crushing blow to his enemy while standing on a pile of defeated drones. From his determined expression to his strong stance over that metallic rubble, Captain America proves he is undoubtedly one of Earth’s Mightiest Heroes.

Inspired by Captain America’s appearance in the open-world action RPG MARVEL Future Revolution, this video game collectible is perfect for fans of Marvel gaming. Collect this statue alongside other Marvel collectible figures by Premium Collectibles Studio to assemble the ultimate superhero display.