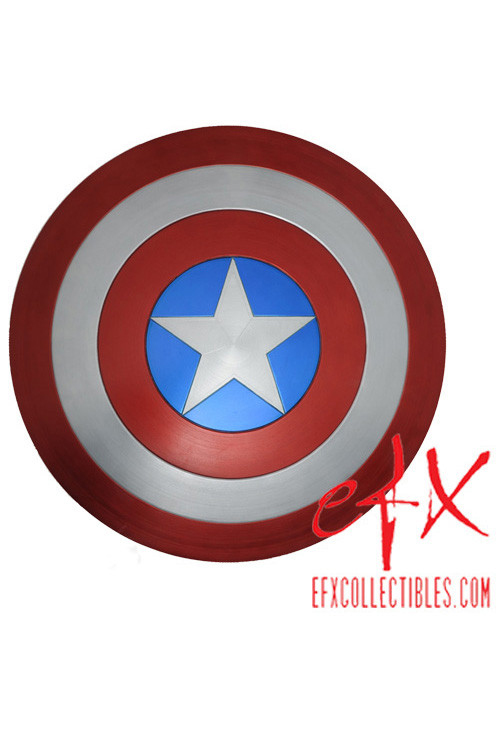 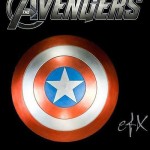 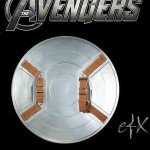 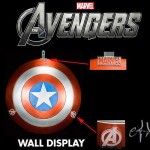 eFX Collectibles, the official prop replica manufacturer for Marvel Comics, is proud to announce new collectibles featuring classic Marvel characters as well as movie properties. This Captain America Shield prop replica is an actual prototype that was sourced from the same studios producing them for the upcoming Avengers film. This will be one of the most accurate Marvel replicas ever offered to the public.

The iconic Captain America shields seen in The Avengers were made in fiberglass. The molds were made by casting an aluminum “hero” shield used in Captain America: The First Avenger. Even though the aluminum shields were used in The Avengers for some scenes, for the most part, the new fiberglass shields were used because they were not only lighter, but they did not dent or get damaged as easily as the aluminum shields. There were several different sizes of the shield used, this one is the 24″ diameter shield.