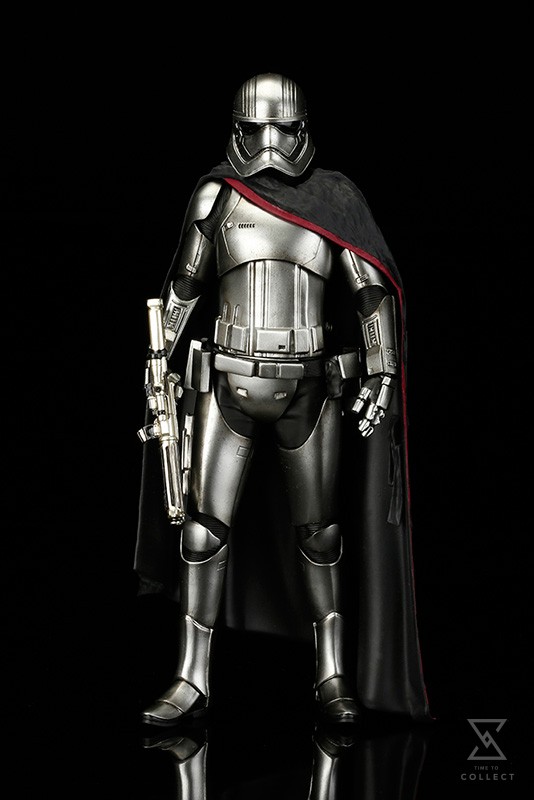 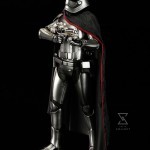 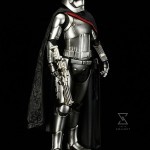 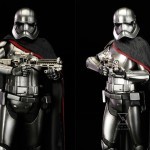 A Kotobukiya Japanese import! Star Wars ARTFX+ Statues bring you all of the quality and detailing that you expect from an ARTFX release in a great smaller scale perfect for collecting! The Saga Collection has been highlighting the cool characters from the classic films, and now the line is expanding yet again to include all of the heroes and villains from the new films starting with Star Wars Episode VII: The Force Awakens.

First up is a character who immediately grabbed the attention of the fans in early images, the chrome-armored Captain Phasma! Brought to life by actress Gwendoline Christie, Phasma is a commanding officer in the First Order approximately three decades after the Battle of Endor and the death of Emperor Palpatine. Ready to lead her troops into battle and crush the Rebellion, Captain Phasma looks amazing. Like the Stormtroopers under her command she is clad head to toe in heavy armor but while the standard soldiers wear black and white Phasma is resplendent in dark, reflective chrome armor with black accents. Her look is made even more fearsome with a long black cape with red trim hanging over her left shoulder. The Captain comes equipped with her signature blaster that matches her armor, and included with the statue are interchangeable arm parts so you can display her in two different poses!

ARTFX+ Statues are fun-to-assemble pre-painted snap-fit kits that can be put together easily in seconds without glue or modeling skill. Captain Phasma The Force Awakens Ver. stands nearly 8 inches tall (1/10th scale) with magnets in her feet for extra stability on the included metal display base. Start your First Order collection with Captain Phasma and get ready for more great figures on the way from STAR WARS Episode VII: The Force Awakens! 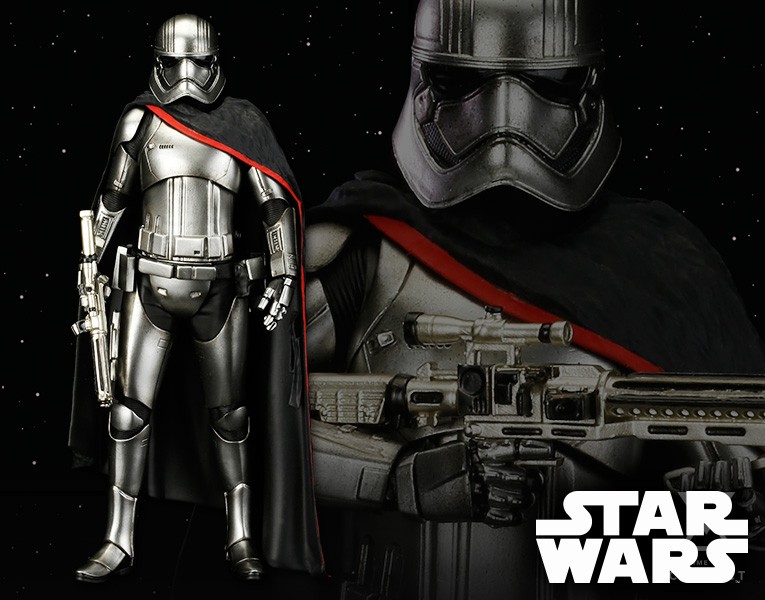