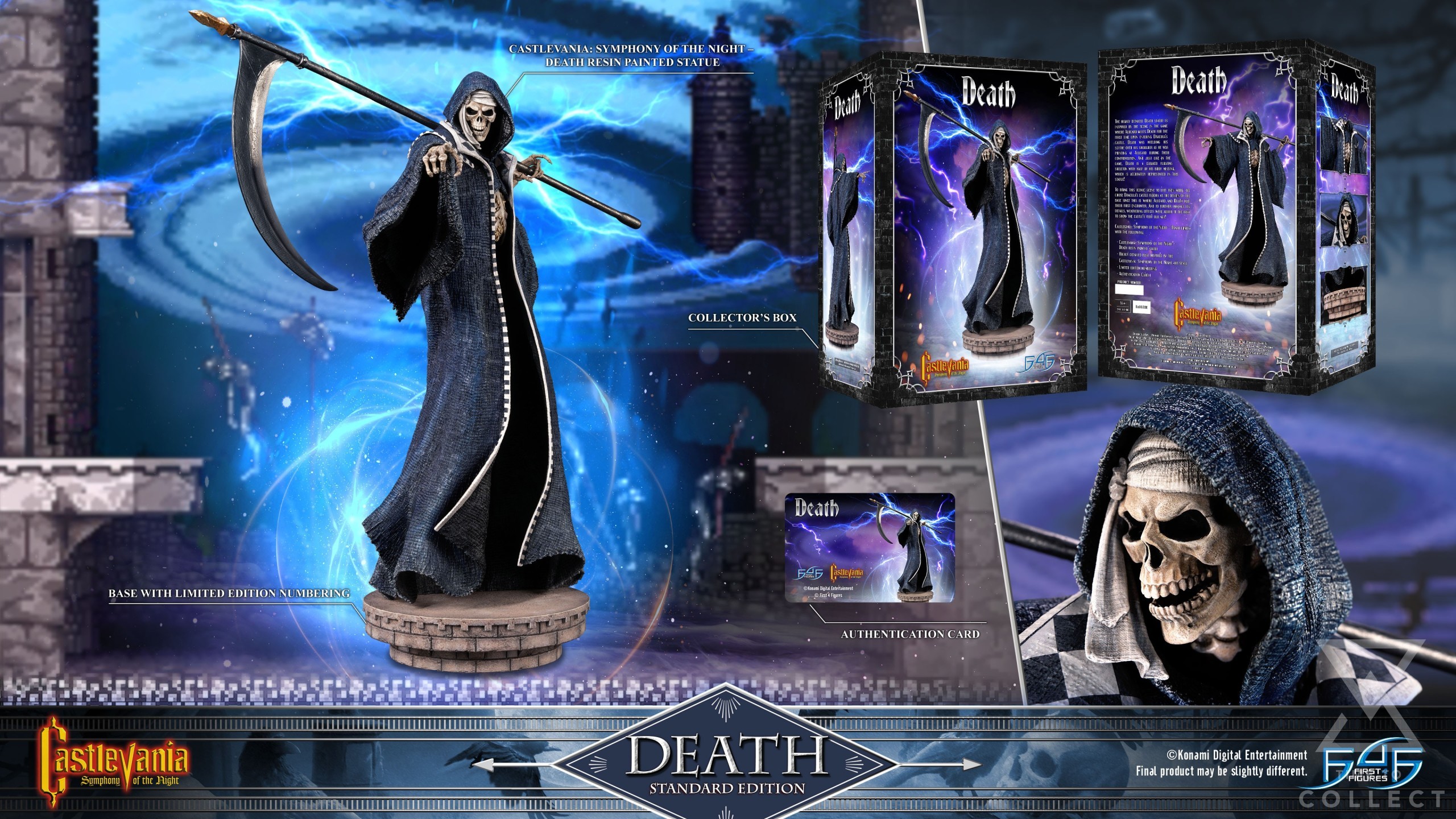 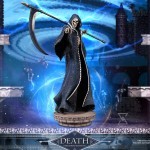 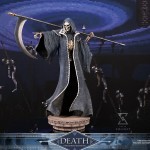 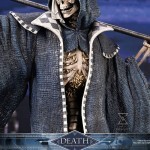 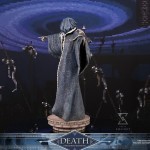 First 4 Figures is proud to introduce their latest Castlevania statue collectible, Death! This is the third statue to release in the Castlevania: Symphony of the Night lineup.

The highly detailed Death statue is inspired by the scene in the game where Alucard meets Death for the first time upon entering Dracula’s castle. Death was wielding his scythe over his shoulder as he was pointing at Alucard during their confrontation. And just like in the game, Death is a cloaked floating skeleton with half of his body missing, which is accurately represented in this statue!

To bring this iconic scene to life even more, we chose Dracula’s castle floors as the design of the base since this is where Alucard and Death had their first encounter. And to further enhance its details, weathering effects were added to the base to portray the castle’s very old age!

Castlevania: Symphony of the Night – Death (Standard Edition) comes with the following: