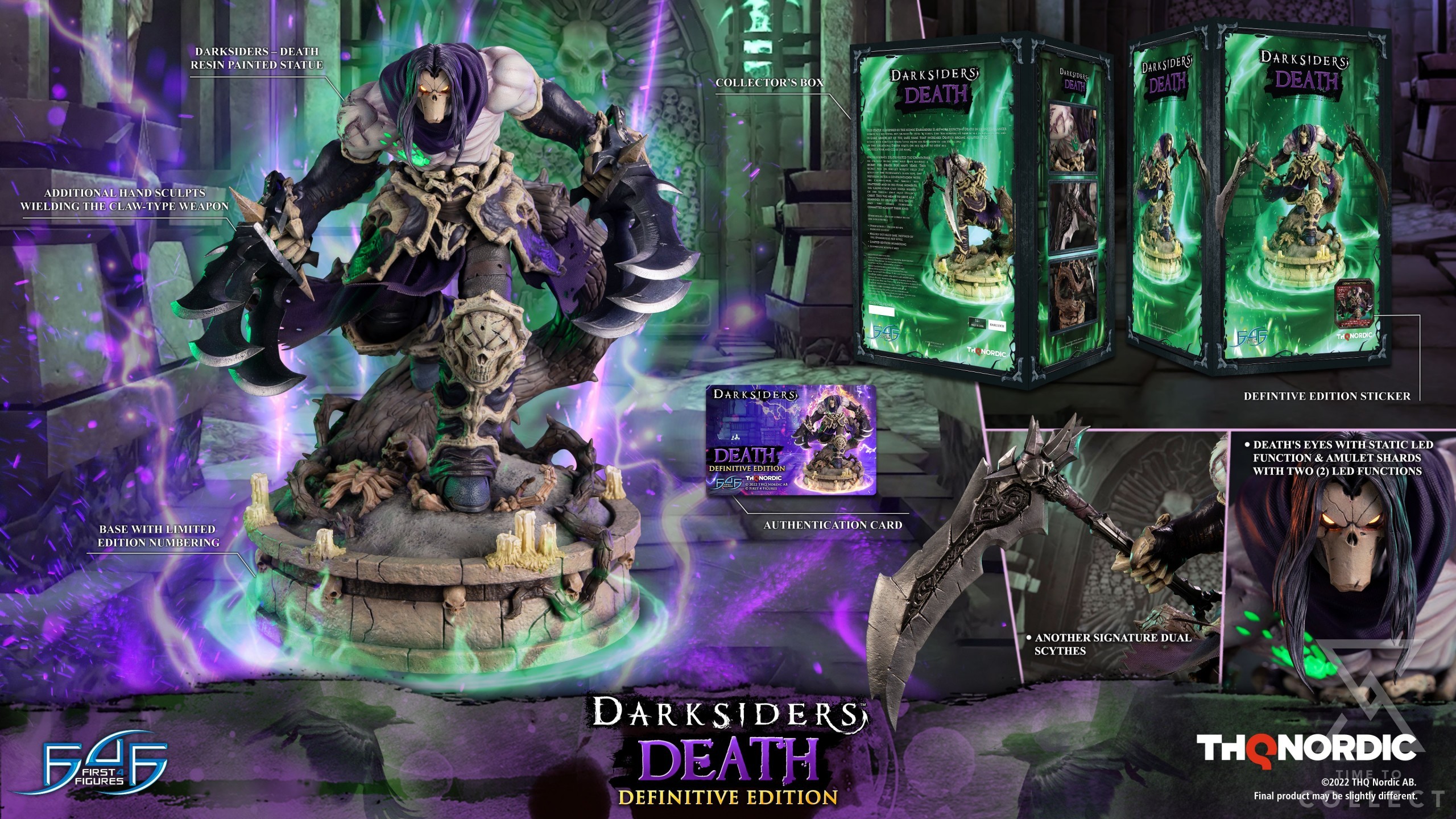 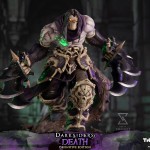 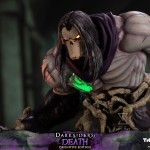 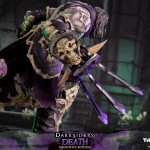 First 4 Figures is proud to introduce their latest Darksiders collectible, one of the Four Horsemen of the Apocalypse and protagonist of the second game, Death!

The concept for this statue is inspired by official Darksiders II artworks, where on majority of them Death dons the Necromancer armor set. This is a lootable armor set in the game that increases Death’s Arcane Abilities. The weapon he’s wielding is his signature dual scythes, which is his starting weapon, and the base design is of the Kingdom of the Dead, which is one of the major overworlds in Darksiders II.

Another thing to note is the Amulet shards on his chest. The Amulet is a trinket that contains the souls of his Nephilim brethren he slew, and the Crowfather is the keeper of this Amulet. After Death’s encounter with the Crowfather early into the game, the Amulet shatters and its fragments dig deep into Death’s chest, forever serving as a reminder of the sin he committed against his kind.

The Definitive Edition of this statue comes with additional hand sculpts that are wielding Death’s claw-type weapon, which is one of his many obtainable secondary weapons in the game! Moreover, the statue also includes LED functionality for Death’s eyes and the Amulet shards on his chest. His eyes glow a static bright orange, while the shards feature two LED modes: a static mode and an animated pulsating mode!