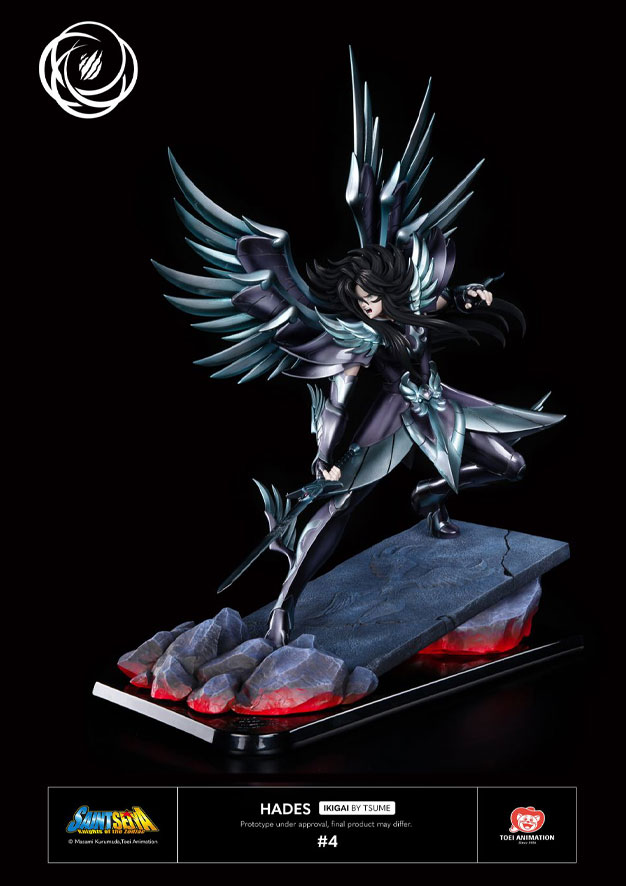 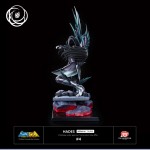 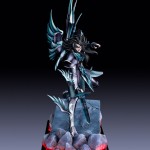 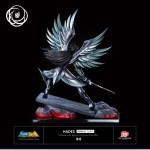 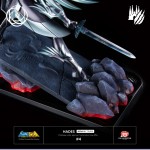 This Ikigai statue shows Hades attacking in the Elysion Arc, determined to bring Seiya and the other Saints into darkness, along with the entire world! The manipulative divinity this time lets glimpse his emotions. His inhuman beauty cannot hide the black anger burning in his icy blue gaze. Expression exacerbated by the contrast between his hair as dark as his soul and his complexion of immaculate whiteness, even cadaverous.

Ready to bring them through hell, the King of the Underworld presents them with the sharp blade of his terrible divine weapon. Adorned with writings and multiple light reflections, the Hades’ Invisible Sword has in its heart a stone as red as the blood of cursed souls who had the honor of its macabre encounter … The powerful antagonist wears his divine cloth whose gray tones vary from lightest to darkest, accentuated by the countless bright metallic reflections. The wings on his back recall his status as a god and his superiority. Leaning on his gravestone, his blood-red aura seems to emanate from the rock like an irresistible and fatal call from the depths. The Underworld God is ready to unleash all his rage in this deadly fight!