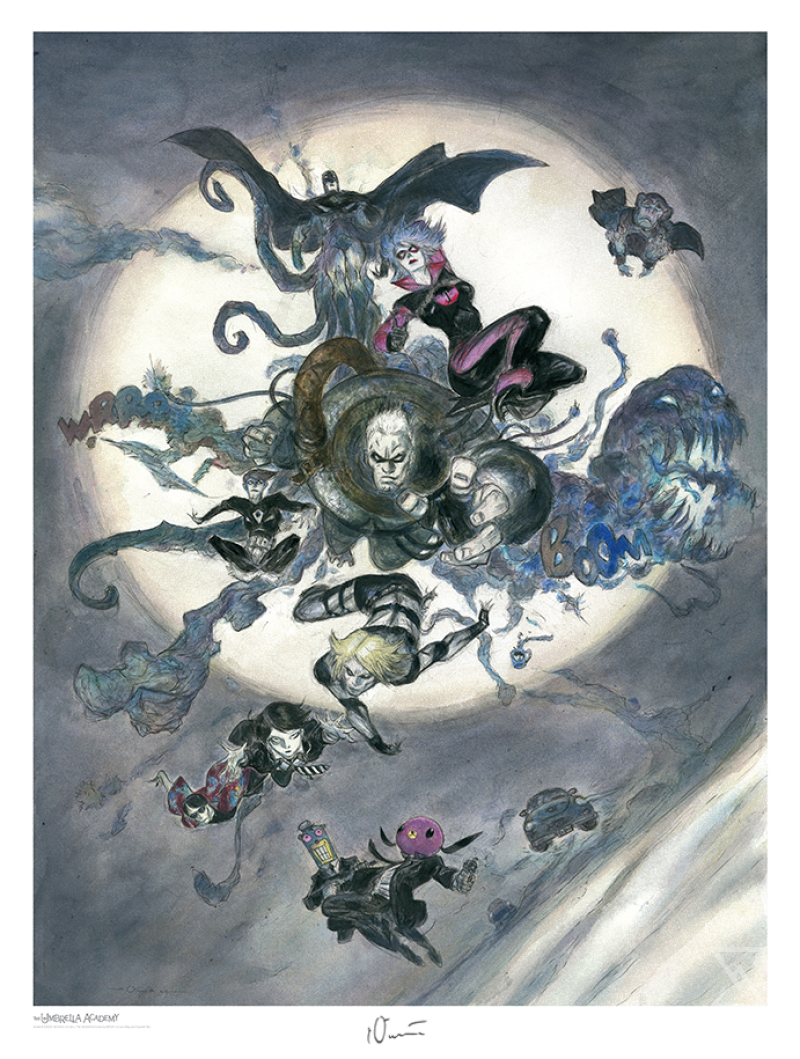 Limited to just 500 available, don’t miss the opportunity to add this unique 24-inch x 32-inch fine art print to your collection, filled with all of your favorite Umbrella Academy characters!

INSPIRATION FOR THE ART:

While searching for inspiration for this particular piece, Amano was on a veranda rooftop at his home in Japan one evening in September of 2019. There happened to be a beautiful Harvest Moon in the sky, perfectly full. It was in this moment, Amano imagined Spaceboy, and the rest of The Umbrella Academy, bursting out of the blinding moon falling upon their unsuspecting target. 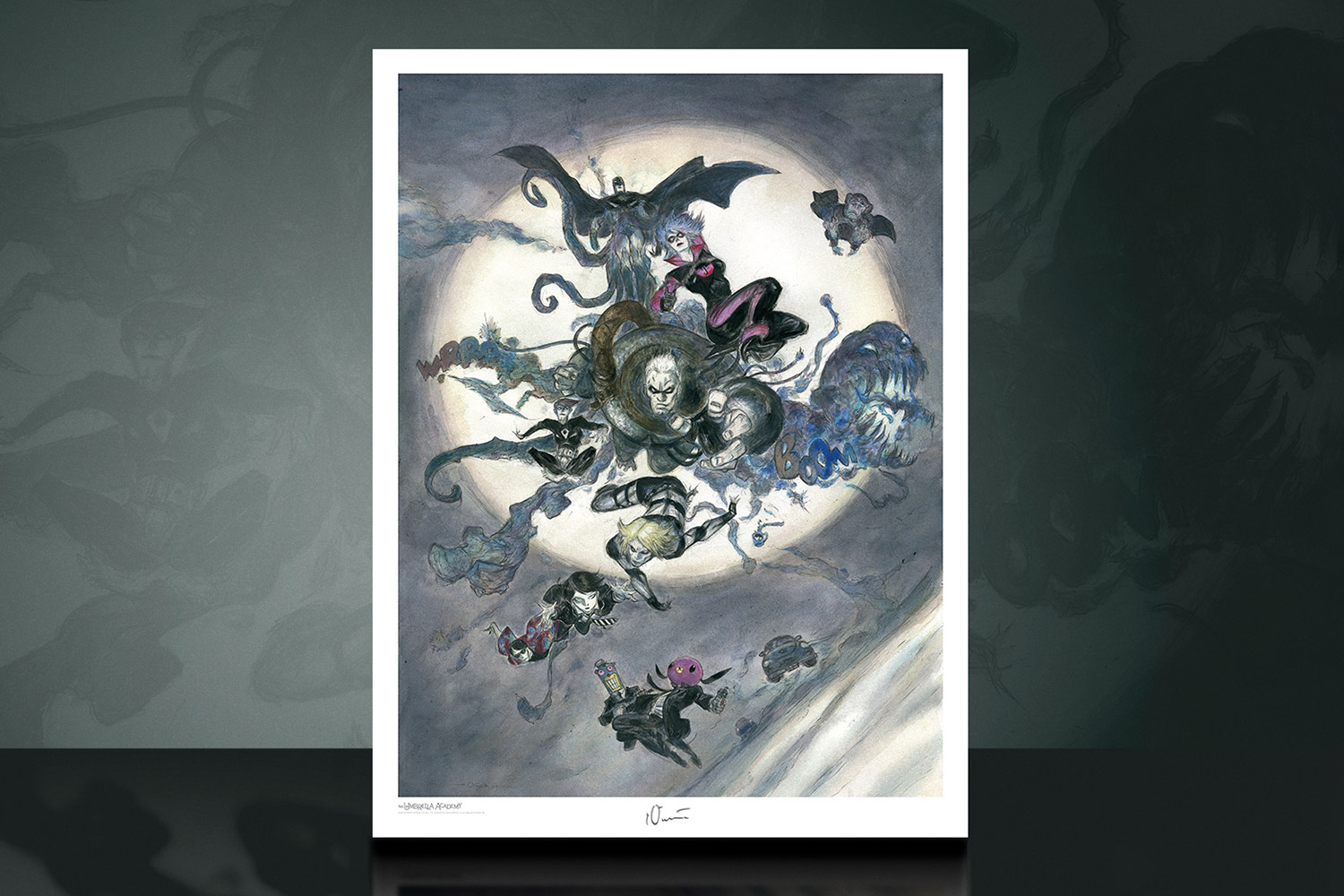