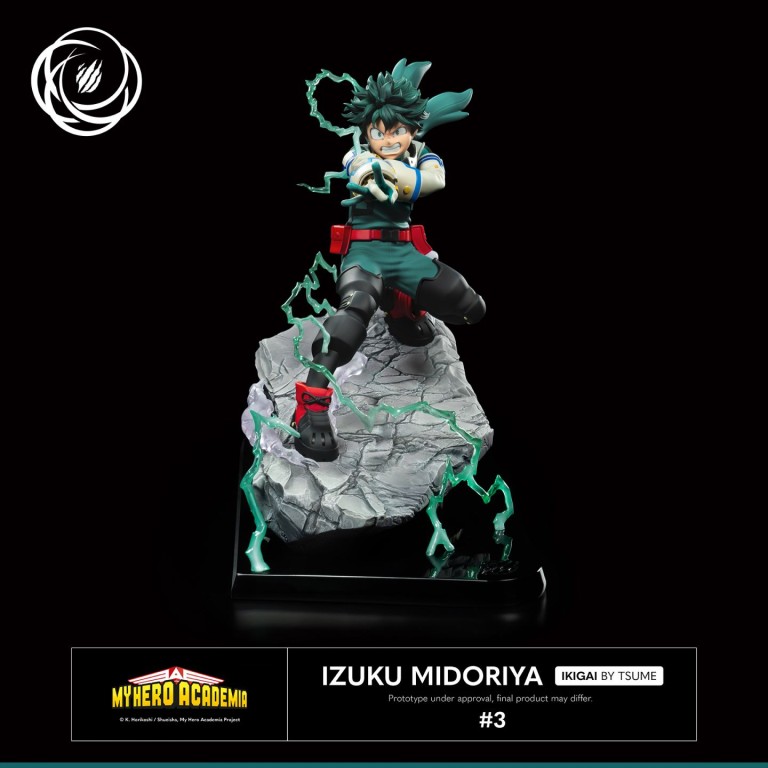 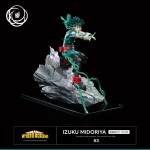 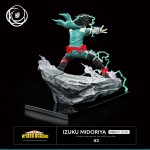 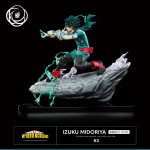 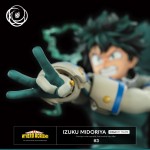 This Ikigai statue of My Hero Academia’s main character Izuku Midoriya traces his journey and evolution resulting from intensive training. We see the heir to No. 1 with hope color eyes displaying an expression of fierce determination as he goes on the attack with his Super Move Delaware Smash Air Force. Surrounded by green lightning, he concentrates 20% of the power of his One For All Quirk to direct a blast of compressed air against his foe from his fingers. Izuku wears his second Mei-enhanced turquoise costume, the Gamma Costume, adapting to his needs and progress. This one is made up of long bracers protecting his arms and Iron Soles, redistributing the kinetic energy back out to increase the impact strength of Izuku’s kicks. To help him master the power of his Delaware Smash, Mei crafted the Air Force Gloves, cutting-edge technology allowing the future hero to use the pressurized air created by flicking his fingers as a projectile. The rock base recalls the first time Izuku used his Shoot style technique, as a tribute to the road covered so far and to continue to become the new symbol of peace.