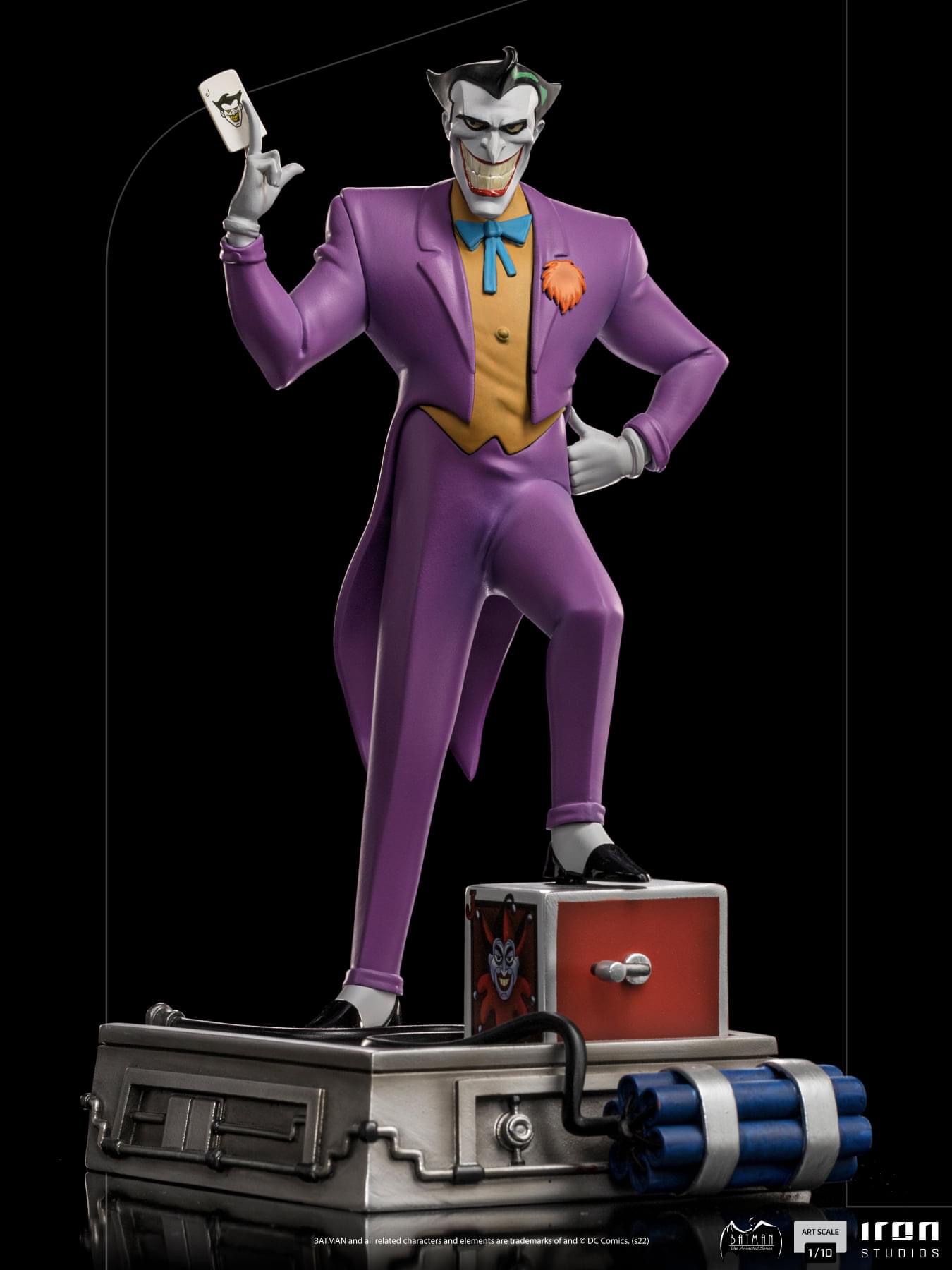 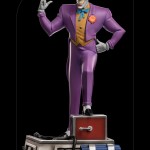 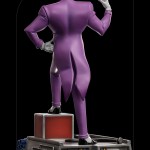 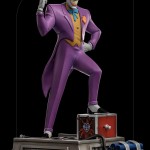 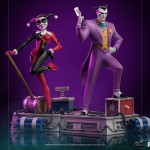 Holding one of the razor-sharp playing cards between the fingers of his right hand, with the representation of the suit that originated his name, the Clown Prince of Crime with his wide smile and dark eyes with the yellow sclera, presents himself on a technological pedestal leaning on his left leg on a mysterious “Jack-in-the-box”, an old toy in the shape of a box with a crank, that when turned plays a melody and revels a surprise figure in the end, in this case, almost always lethal. Wearing his classic purple tailcoat with an orange shirt and green bowtie, with his inseparable Acid Flower stick to his lapel, Iron Studios present their statue “Joker – Batman The Animated Series – Art Scale 1/10”, presenting the stylized classic version created by illustrator, animator, and writer Bruce Timm, celebrating the 30th anniversary of Dark Knight’s iconic animated series from 1992, that originated what is today called the DC Animated Universe.

Known for his sadism, acid sense of humor, and unpredictability, the mysterious man that would end up becoming Joker was originally a criminal that worked for the Sal Valestra mafia. He was responsible for the death of businessman Carl Beaumont, father of Andrea Beaumont, one of Bruce Wayne’s first romantic interests. In Gotham City, he created his gang, and in the attempt of robbing the Ace Chemical Processing Plant, while facing Batman he fell from a catwalk into a tank of chemical waste, and after being dragged to a river, he realized that such chemical products had an adverse effect, permanently dyeing his hairs green, and making his skin completely white, something that drove him mad and changed his life forever. Presenting himself as the Joker, he then became one of the most dangerous and smart psycho villains in the history of Gotham, and Batman’s greatest enemy.

Played by legendary actor Mark Hamill, this classic version of Joker now wins its statue by Iron Studios, by the side of his companion and girlfriend Harley Quinn, opening a new collection and celebrating three decades of the animated series, considered by many the best Dark Knight’s adaptation to other media. Developed by Bruce Timm and Paul Dini and produced by Warner Bros. Animation between 1992 and 1995, Batman: The Animated Series is widely praised for its noir aesthetics and thematic complexity, its acclamation helped it win four Emmy awards, including Outstanding Animated Program. Harley and Joker’s pedestals connect, creating a diorama set with both statues surrounded by explosive tubes connected through cables, with the Blasting Machine detonator at Maid of Mischief’s side. Revealed in the Inside Iron Studios Day, check out more news from Batman’s animated universe by Iron Studios soon. 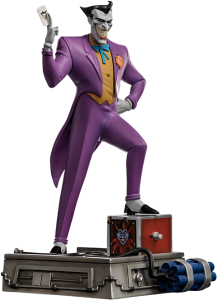