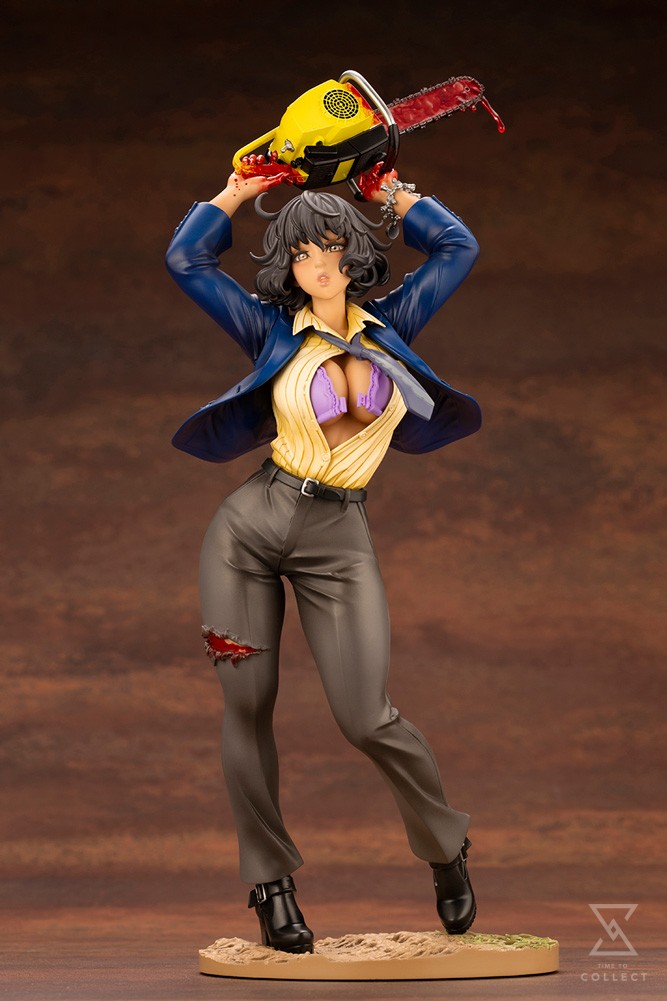 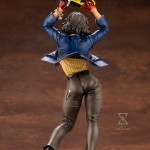 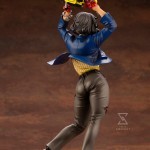 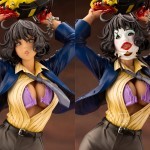 For the first time ever in the HORROR BISHOUJO lineup, two statues from “The Texas Chainsaw Massacre” will be released! Leatherface from “The Texas Chainsaw Massacre” joins the Horror BISHOUJO lineup with the infamous “chainsaw dance” scene used as a motif! From the bosoms that are exposed due to the bursting buttons, to the tight pants exposing the roundness of her bottom; you can practically see the sheer volume of her body being enveloped by articles of clothing. The sculpt of the large chainsaw Leatherface can be seen swinging around uses the same sculpt data that was used in the previously released Leatherface BISHOUJO statue. The original bloody chainsaw design has been analyzed and faithfully reproduced as shown in the film. The statue also follows the minute settings of the film, such as the damage that can be seen on the outfit around the buttock and the right thigh area. The ‘Pretty Woman Mask’ face part is included with this statue, further enhancing her madness and eeriness. This statue comes with a base that exemplifies the vast Texas roads covered in large tire tracks, reminding fans of the climax of the film. Line this statue up with the Leatherface BISHOUJO statue that comes complete with a yellow apron, and recreate the story of “The Texas Chainsaw Massacre”” in your very own home. 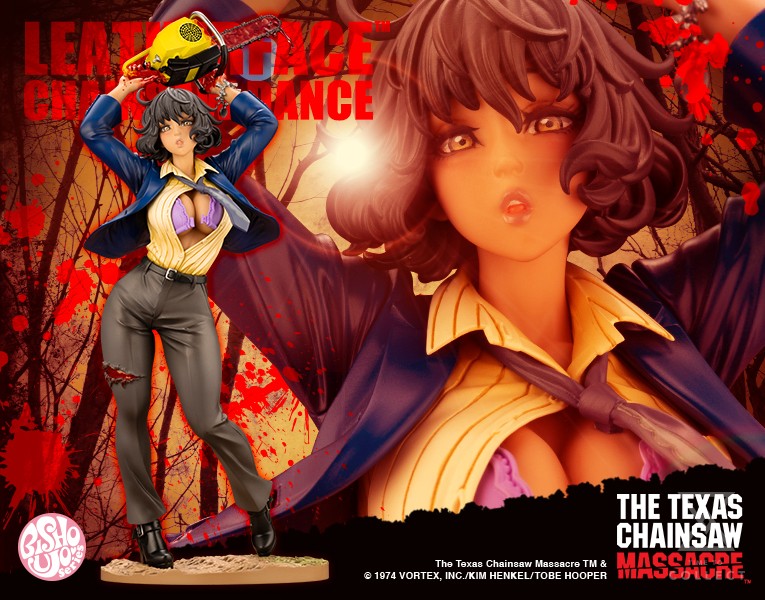