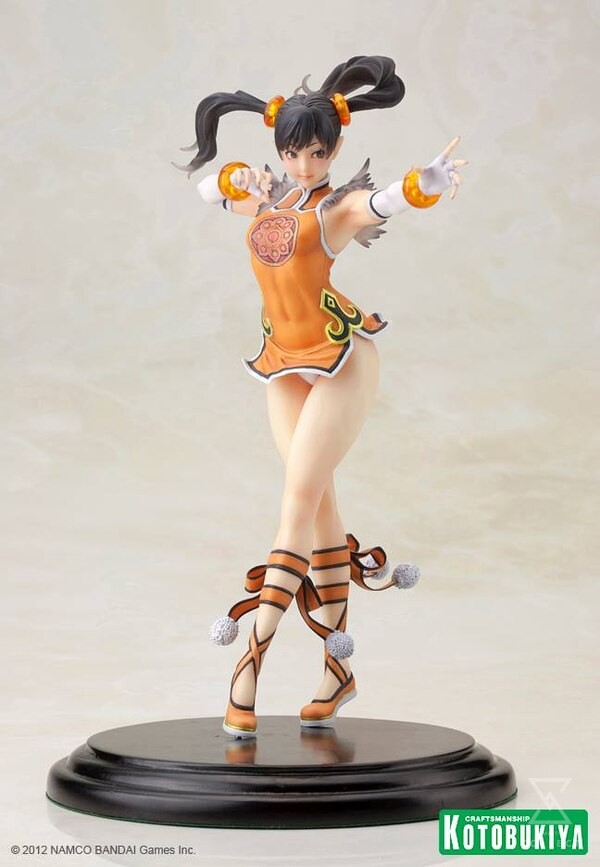 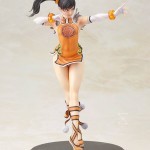 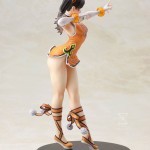 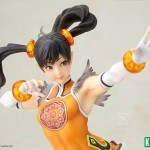 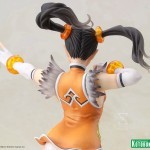 A Kotobukiya Japanese import! The hit new line of Tekken Tag Tournament 2 Bishoujo Statues continues! With its thrilling martial arts action, the Tekken series of video games from Namco has been a huge hit with players since the original arcade game in 1994. In the games, fighters compete in the King of Iron Fist tournament for control of the Mishima Zaibatsu Corporation, using their unique talents against their opponents. Next up after Lili is one of the fastest and youngest competitors in the series, Ling Xiaoyu! First appearing in Tekken 3 and a good friend of Jin Kazama, Xiaoyu is presented in this magnificent Bishoujo Statue based on a new illustration by master Japanese illustrator Shunya Yamashita.

Knowing she’s fast enough for any challenge, young Xiaoyu smiles as she stands in a martial arts pose that shows her determination as well as her beauty. The fighter leans forward slightly with her back arched, legs crossed with her front foot pointed to accent the smooth lines of her leg. Twisting to her left Xiaoyu stretches out her left arm with her fingers spread while her right arm is held back in preparation. Meanwhile, there is a tremendous amount of movement in her pose with the fluttering of her twin ponytails, the feathers at her collar, the hem of her short Chinese dress, and the straps of her matching shoes! The bold orange, white, and black of Xiaoyu’s costume really stand out, as does her captivating Bishoujo inspired face with its look of cute concentration.

Sculpted by Gill Gill, Ling Xiaoyu stands on a specially designed display base. She may be one of the youngest fighters in the tournament, but she’s got what it takes to look great in your collection of Kotobukiya Tekken Bishoujo beauties!
Features