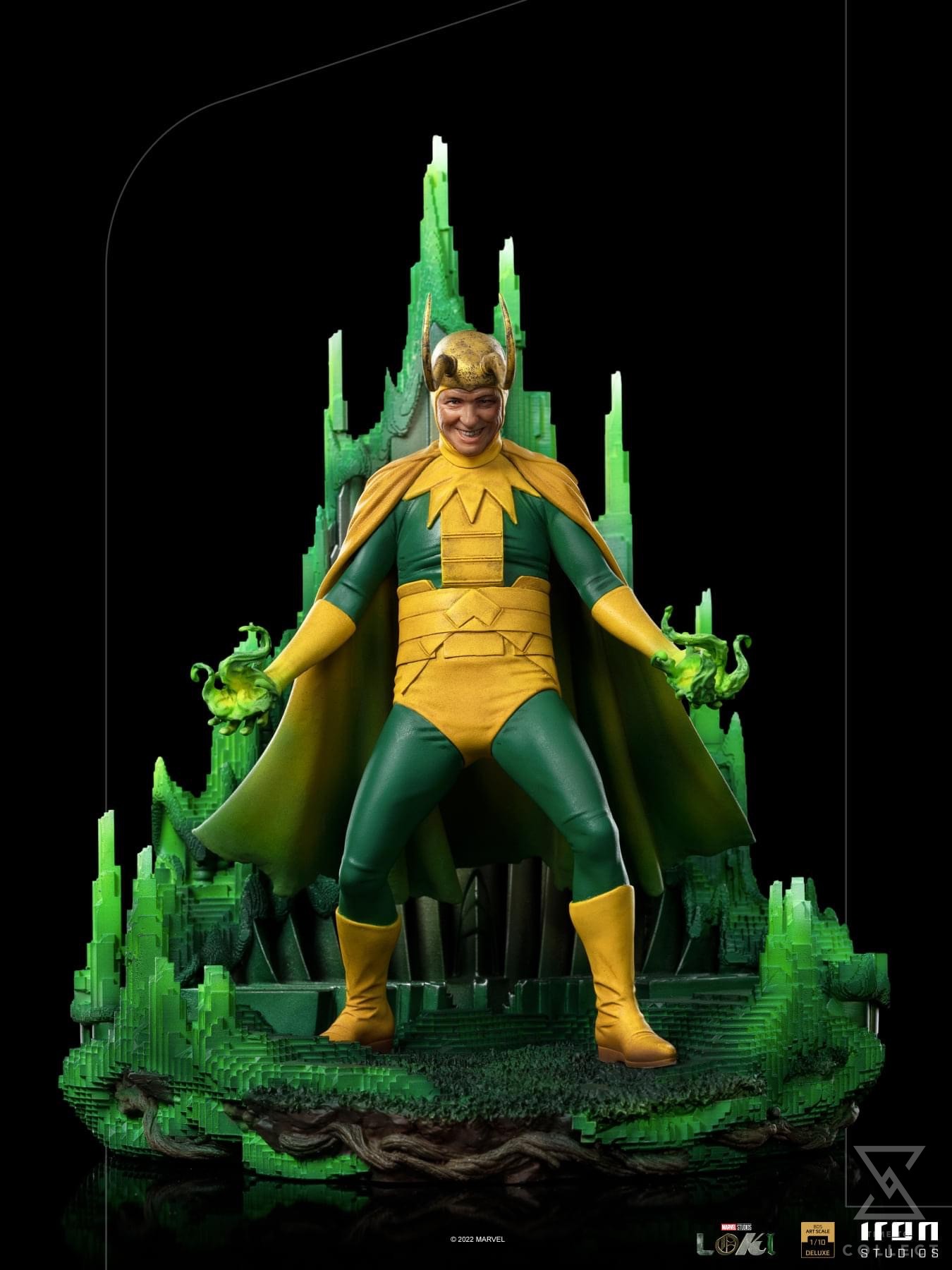 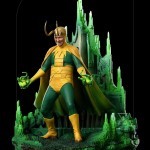 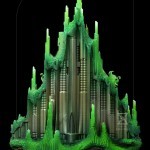 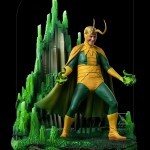 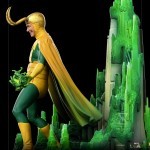 As the Asgardian sorcerer master, his magic deeds are seen by others as nearly impossible, and at the height of his abilities, with pure mystic energy hatching from the palms of his hands, the experient God of Mischief’s figure with green and yellow leotard suit, yellow cape, and golden helmet with horns, uses his power to the fullest on a pedestal on which he creates an illusion of the Asgard palaces as a trick to call the attention and deceive the trans-temporal entity guardian of the Void named Alioth. With an audacious smile on their face, Iron Studios bring the statue “Classic Loki Variant Deluxe – Loki – Art Scale 1/10”, presenting Thor’s fearless adoptive brother, inspired by his classic version in the comics, presented in the Loki series from the streaming service Disney+.

In an alternative timeline, in the Infinity War’s aftermath, a veteran version of Loki lived on an isolated planet for centuries feeling remorse for his actions, but when he decides to end his exile and reconcile with his brother Thor, he deviates from the established base of the Sacred Timeline on his reality. Arrested by the TVA (Time Variance Authority), a bureaucratic organization created to prevent the making of branched timelines, he had his reality erased and was exiled to the Void, a point located at the end of times protected by the creature Alioth. In the Void, he joined other God of Mischief’s variants like the Gostful Loki, and Alligator Loki, and accepted the young Kid Loki as his king, protecting themselves from Alioth in a secret bunker. 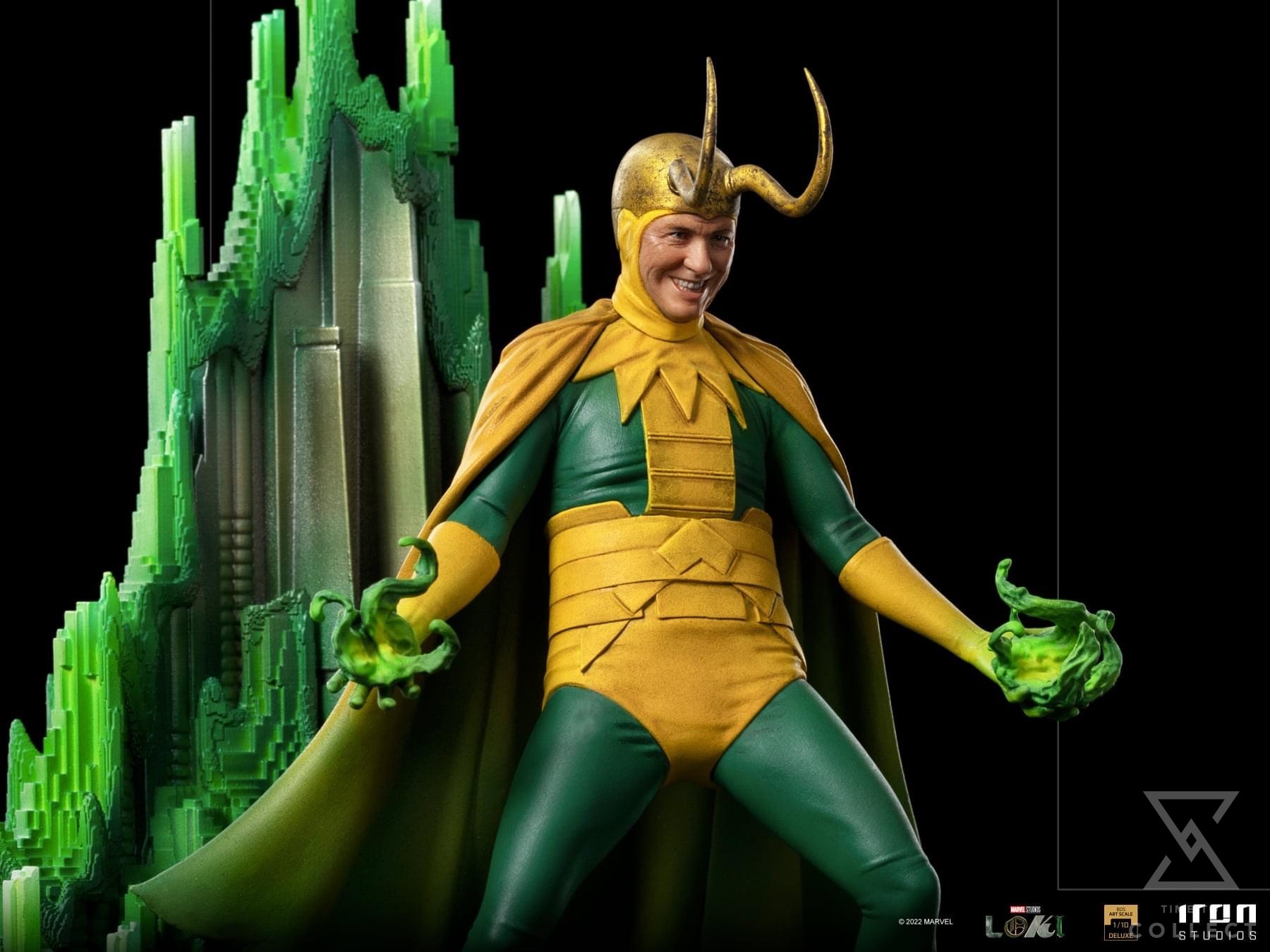