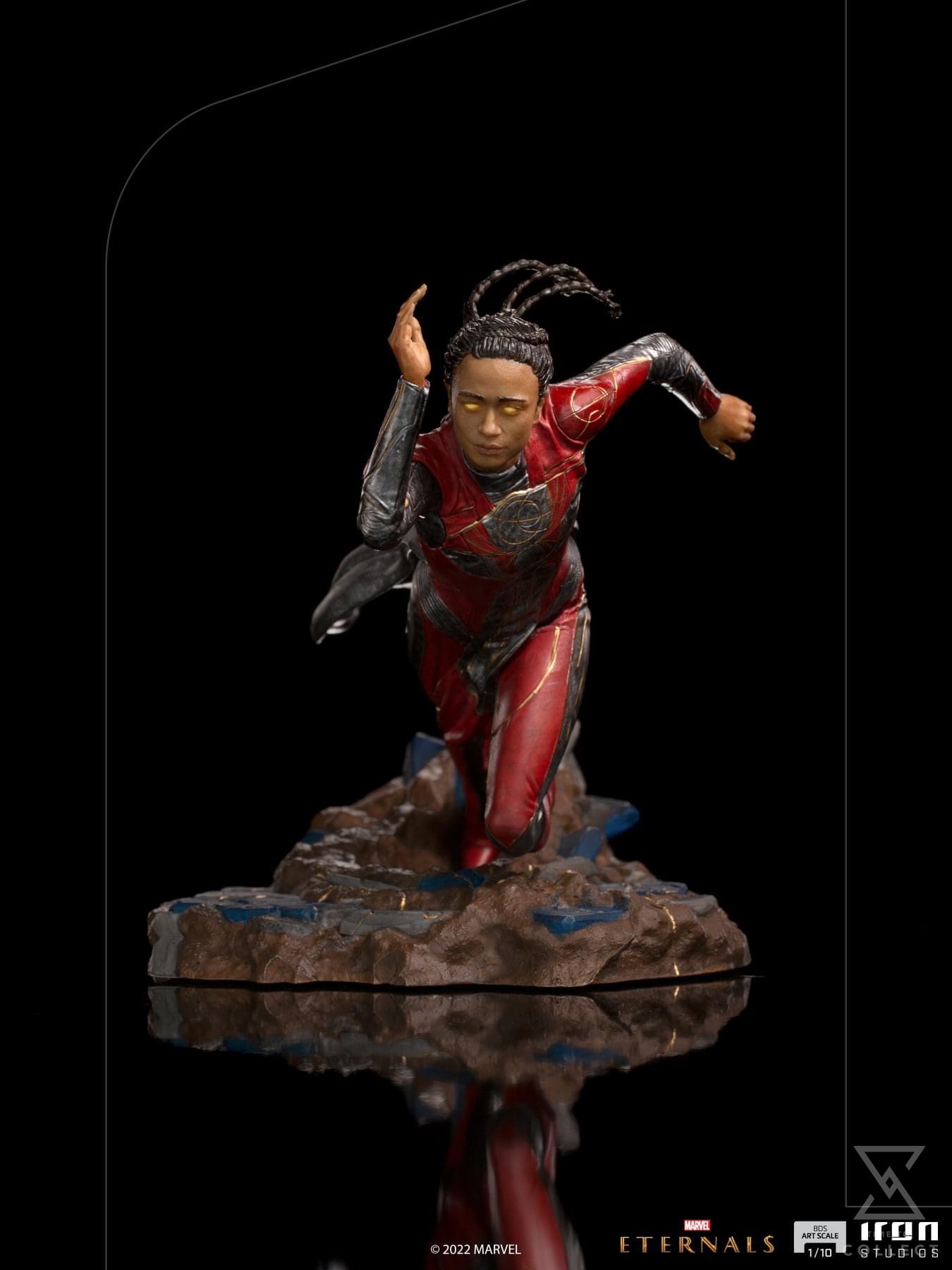 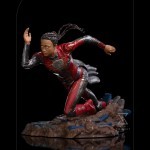 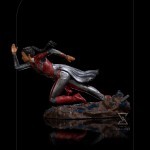 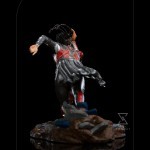 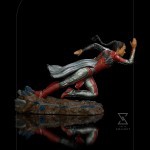 Projecting her body forward, the silent immortal alien hero bolts with her super-speed in battle both to put humans in safety and to fight against the Deviant creatures. Having deafness as a characteristic, the sonic boom that accompanies her running while breaking the sound barrier does not affect her. Capable of feeling, acting, moving, and apprehending in seconds or less, much faster than any normal human can realize, her mind is faster than the speed of sound, she can read an entire book in mere minutes, and therefore she can perceive the world around her moving in slow motion. Dressing a red armor in a pose that emulates high speed, Iron Studios bring the statue “Makkari BDS – Eternals – Art Scale 1/10”, with the fastest woman in the universe member of the Eternals team.

Played by Lauren Ridloff, Makkari uses her cosmic super-speed to explore planets for the Eternals, and since she’s deaf, she uses sign language to communicate with others. After the Deviants’ apparent destruction, she isolated herself in the Domo spaceship, where she remained for centuries waiting to get back to her home, Olympia, and collecting human artifacts, including books, paintings, idols, and even the Excalibur sword and the Emerald Tablet (the document that gave birth to alchemy). With the Deviants’ return, she joined the other Eternals once more to face the unexpected emergency. 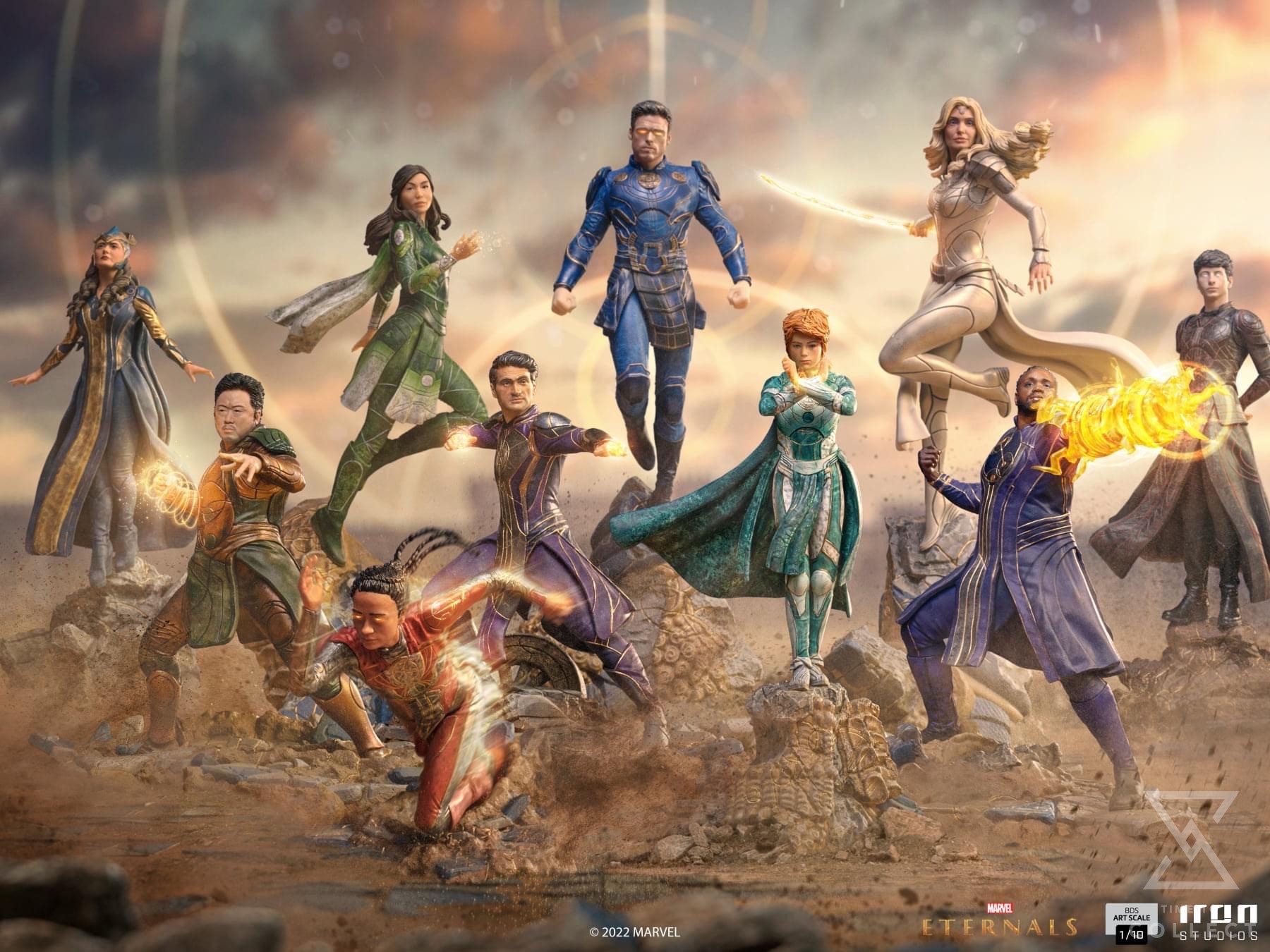