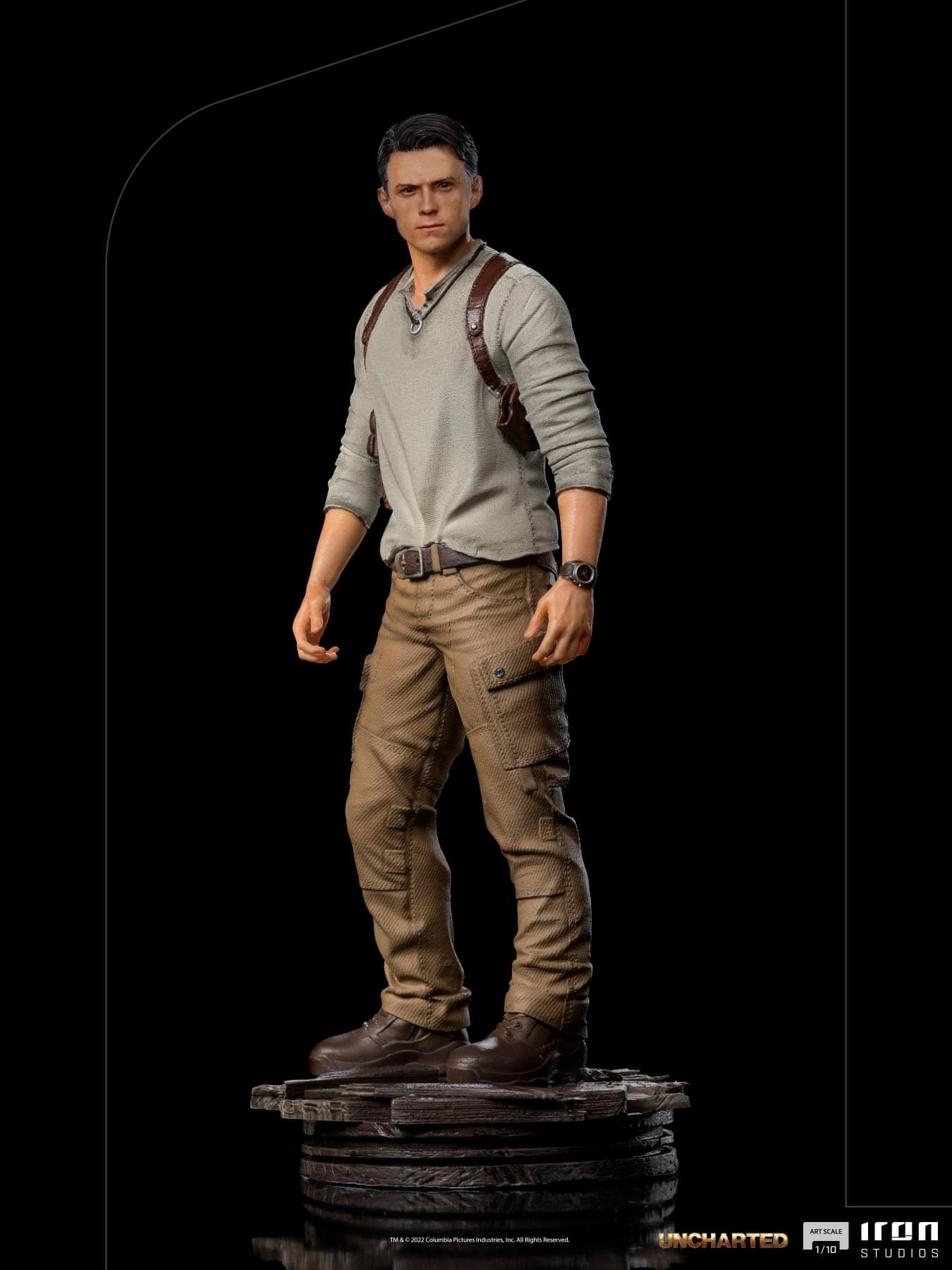 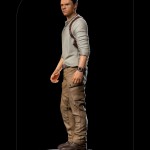 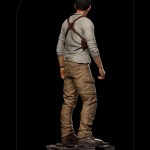 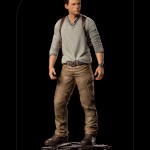 Over a pedestal formed by a pile of wooden debris, the young treasure hunter adventurer searches tirelessly for valuable items hidden by the crew of the Portuguese navigator Ferdinand Magellan, but his main search is for his missing brother from whom he was separated as a child. Wearing brown shoes and trousers, his inseparable khaki shirt, an armpit holster, and a necklace with a ring belonging to his ancestor Sir Francis Drake, left under his care by his older brother when they were children, Iron Studios present the statue “Nathan Drake – Uncharted Movie – Art Scale 1/10”, with the protagonist hero played by Tom Holland in the cinematographic adaptation of the praised video game franchise.

One of the most acclaimed video game series, developed by Naughty Dog and released by Sony Interactive Entertainment, Uncharted presents the adventures of the treasure hunter Nathan Drake, in search of mystic treasures and lost cities, in challenging expeditions where he must face rival hunters and thieves. With important supporting characters, his greatest ally and mentor is Victor “Sully” Sullivan, a veteran treasure hunter. The franchise’s success led to its expansion to other media, like novels, comics, and the movie “Uncharted: Drake’s Fortune”which shows the career’s beginning of the still young Nathan, the descendant of the great explorer Francis Drake. The movie shows his first adventure with Sullivan (Mark Wahlberg), in a dangerous search for a never-found-before treasure in the mystic South American city of El Dorado, taking the young hunter in a perilous mission in many remote places on Earth, facing a group of mercenaries and tracking clues that might lead him to find his long-lost brother.

Already available for Pre-Order, Iron Studios also bring a Deluxe version, on the statue “Nathan Drake Deluxe – Uncharted Movie – Art Scale 1/10”, with the young hero on a diorama pedestal of an old ship’s debris. Revealed in the virtual event Inside Iron Studios Day, check out other great statues’ news by Iron Studios that are truly a “treasure” for fans and collectors.