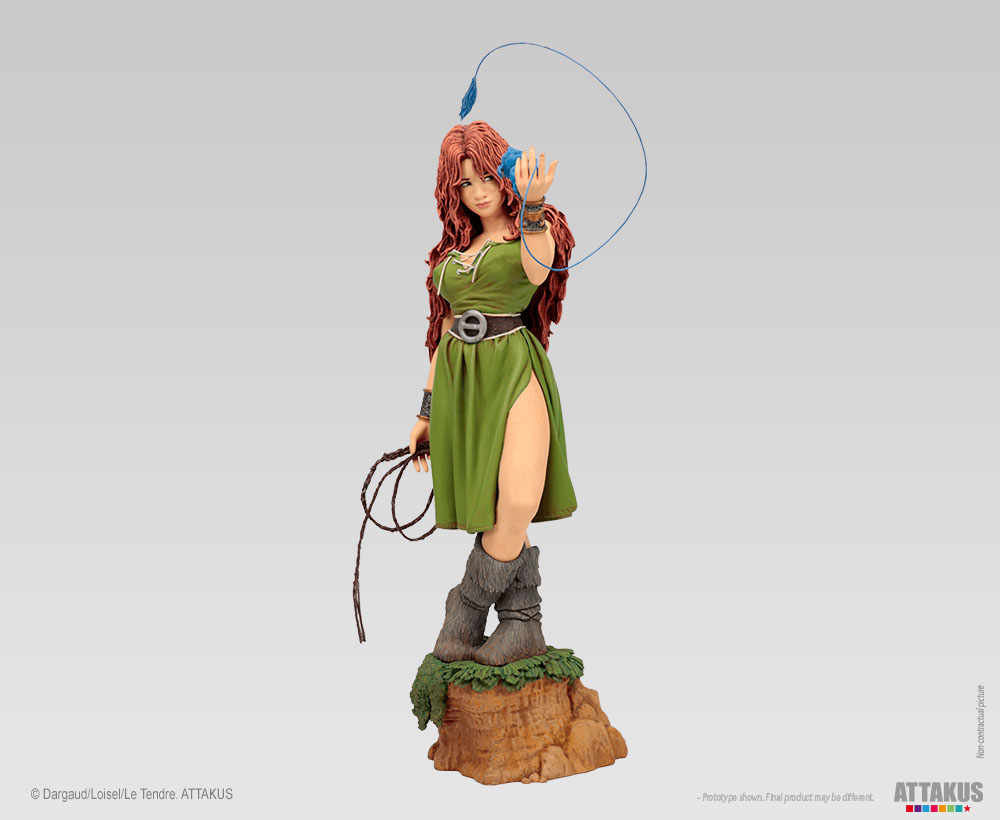 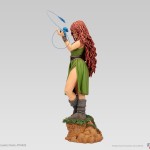 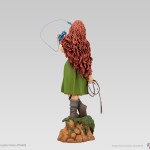 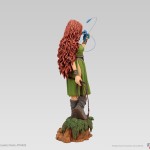 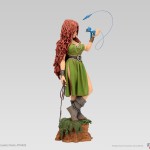 Pelisse “and her Fourreux” from the character of the comics “La Quête de l’Oiseau du Temps” (The Quest for the Bird of Time) by Loisel and Le Tendre.

The Quest of the Time Bird, a founding saga
Published in four albums by Dargaud from 1983 to 1987, La Quête de l’oiseau du temps, written by Serge Le Tendre and drawn by Régis Loisel, opened the way to the success of heroic fantasy comics. Preceded by the cycle Before the Quest, it will end with a final era called After the Quest.

Once upon a time, there was a cursed god, a princess-witch, a grumpy knight and a bird with magical powers… And also a young girl named Pelisse, who turns heads and turns hearts, and many other characters. The story takes place in the world of Akbar, facing a terrible peril.
The enchantment that imprisons the felonious god Ramor in a conch shell, guilty of trying to seize the Power-Force, is about to be broken.
If Ramor were to regain his freedom, Akbar would be plagued by death and desolation. Mara, the witch-princess, has discovered the incantation that can thwart this doom.
But she needs time, and only a mythical bird has the power to stop Time.
Mara entrusts her daughter Pelisse with a mission: to find her former lover, the knight Bragon, and set out on a quest to find the “bird of time”.
The first great heroic fantasy saga of French comics can begin…Source Dargaud