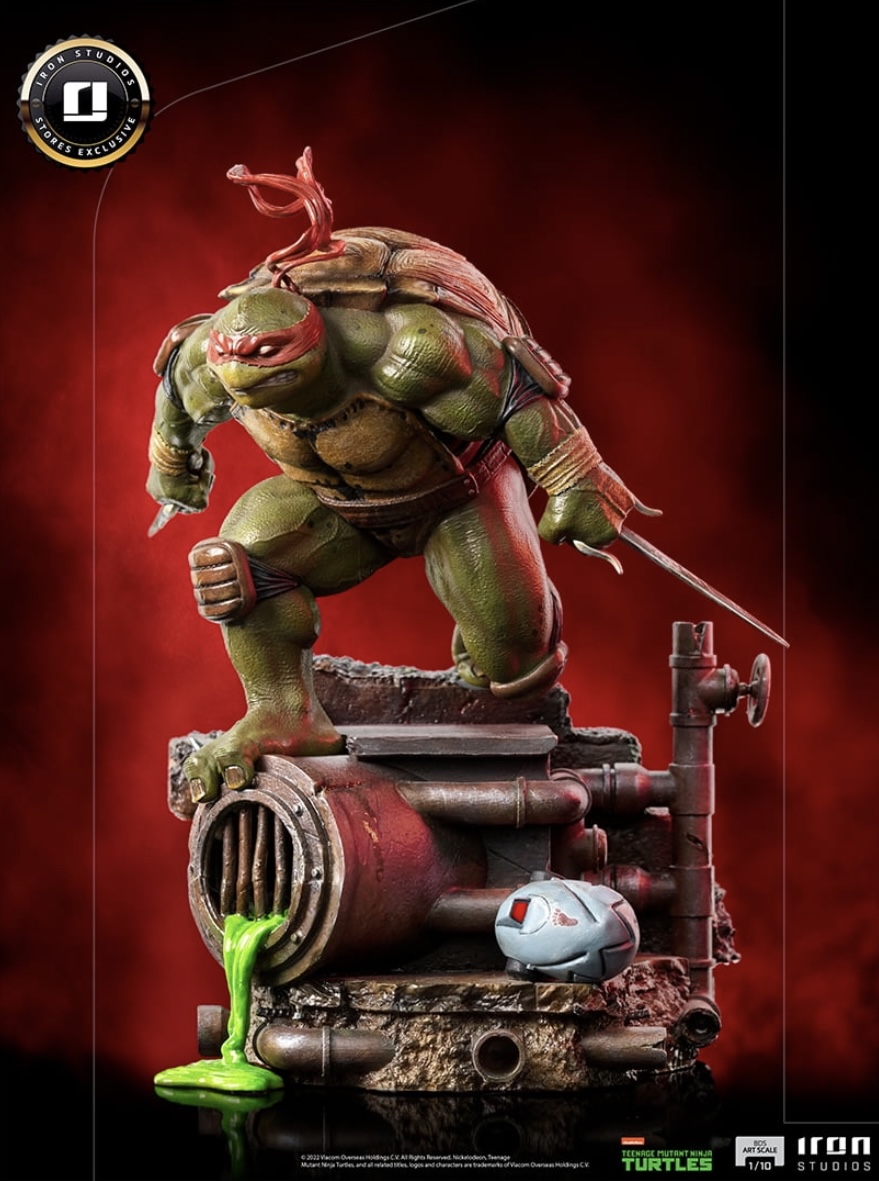 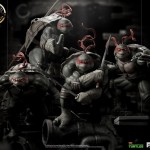 With rage on his countenance, the moody chelonian hero walks over a rusty pipe network that leaks a green and viscous liquid similar to the chemical substance that transformed him and his brothers, with the robotic remains of one of his enemy’s agents fallen under his feet. Wielding a pair of Sai Daggers, Iron Studios present the statue “Raphael BDS Comics Exclusive Version – TMNT – Art Scale 1/10”, with the group’s sarcastic and cranky anti-hero, nicknamed Raph by his brothers and friends, often grumpy, he rarely holds back his most extreme emotions. The second eldest among his brothers, his name is inspired by the Italian painter from the XVI century Raffaello Sanzio da Urbino.