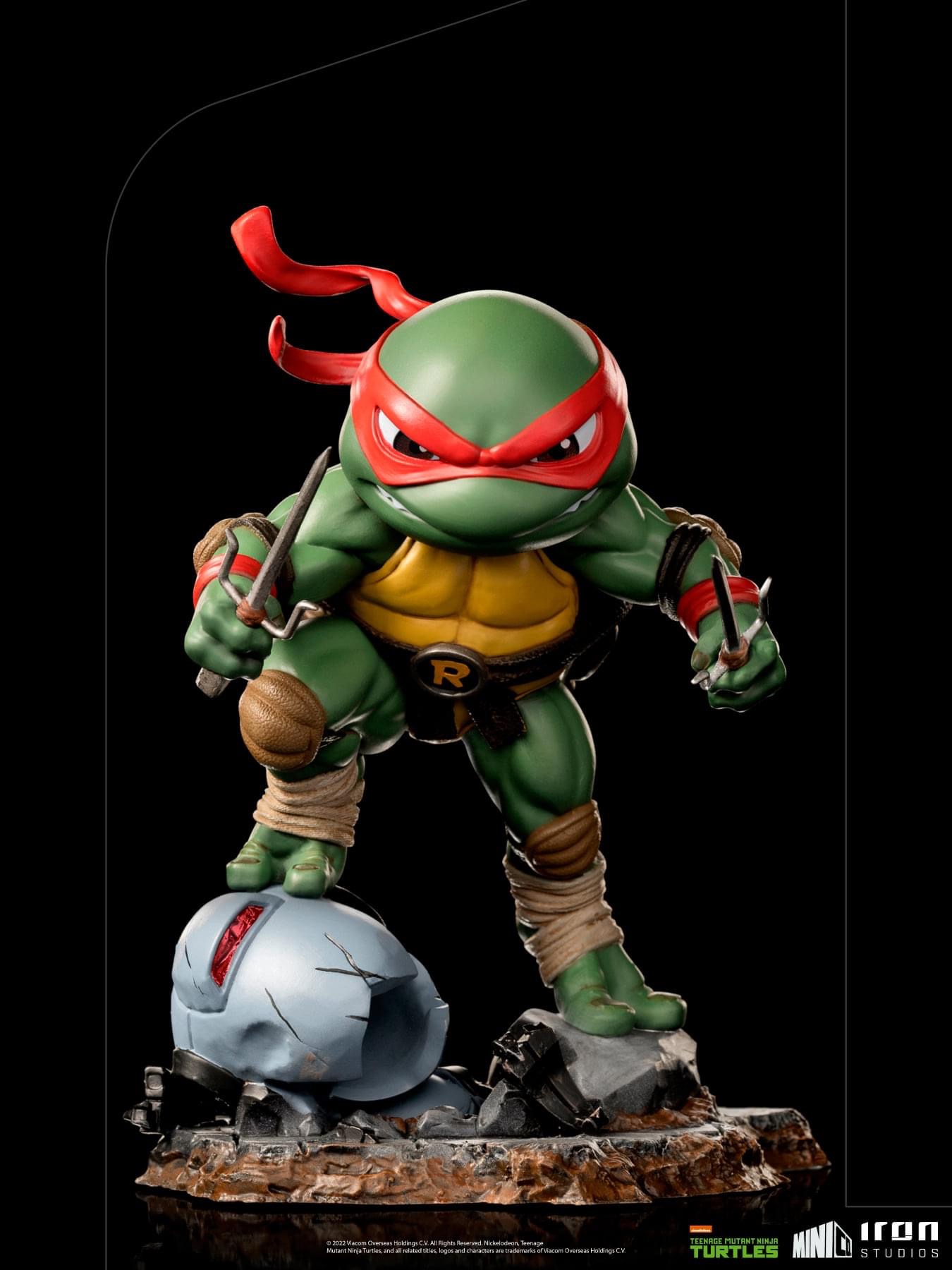 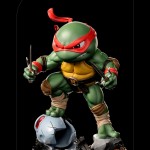 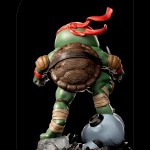 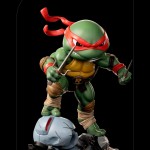 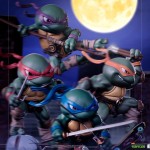 In New York City, four young brothers secretly fight against evil, facing bandits and even alien invaders. Created in the comics by Kevin Eastman and Peter Laird, Teenage Mutant Ninja Turtles, or TMNT as they’re known, became a great success in the late 1980s, expanded to many media, and is revered until today by fans all over the globe, and now gains its first line of statues by Iron Studios. The heroes’ group is made of four mutant turtles that, thanks to a viscous substance called Mutagen or Ooze, acquired human-like characteristics and were baptized by their sensei with the name of Italian Renaissance artists. Trained in the ninjutsu martial arts by their master, a rat called Splinter, they use a sewer network as their home and headquarters. Their greatest arch-enemy is the evil Shredder, leader of the criminal ninja group Foot Clan.

Always cranky, over a pedestal where he’s crushing a destroyed robot enemy, and holding his favorite weapons, a pair of Sai daggers, Iron Studios present the statue “Raphael – TMNT – MiniCo”, with the group’s rebel. Also called Raph by his brothers, he plays the role of the tough guy. Explosive, moody, and almost always grumpy, he is distinguished by his red mask and has the name inspired by the Italian painter from the 16th Century Raffaello Sanzio da Urbino, he’s also the second eldest son among his brothers.

The four statues of Teenage Mutant Ninja Turtles from the stylized Toy Art MiniCo line by Iron Studios are already available for individual Pre-Order, and together they make a beautiful diorama set of the group in action, ready for combat. Revealed at the virtual event Inside Iron Studios Day, soon there’ll be more “Cowabunga!” news coming from the TMNT universe by Iron Studios, check out their social media and YouTube channel.