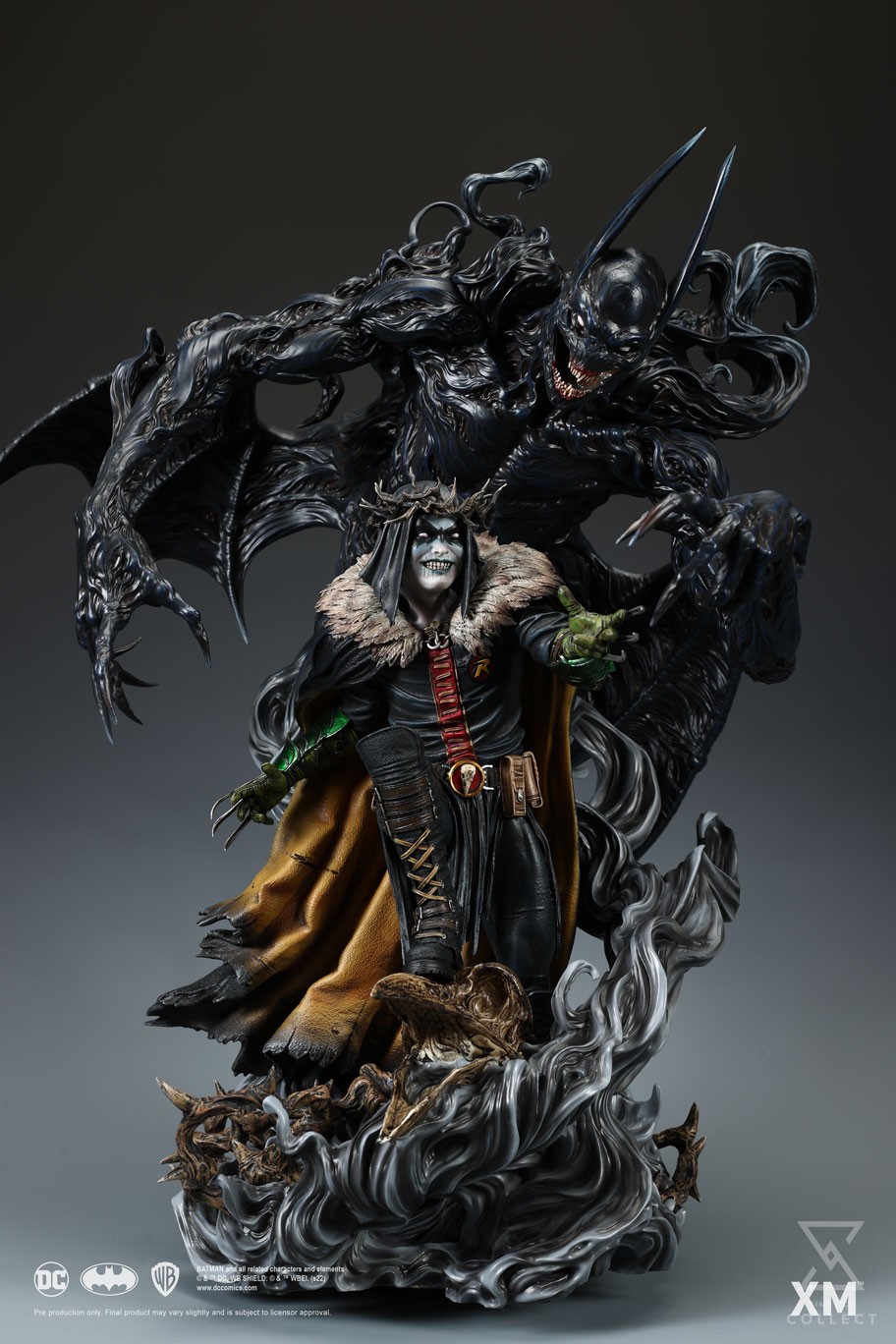 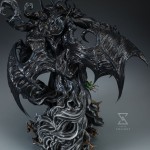 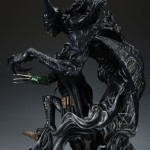 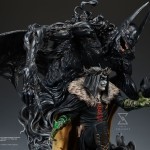 XM Studios is excited to present our next 1:4 scale DC Comics Premium Collectibles statue, Robin King (Dark Nights: Death Metal)! Each statue is individually hand-painted, comes with XM’s famous quality finish, and is presented in a bold, dynamic, and story-laden style.
With this statue, the XM Team drew heavy inspiration from Riccardo Frederici’s original variant cover featuring Robin King from Dark Nights Death Metal #3. Featuring Bruce Wayne from the Dark Multiverse as Robin King, he stands atop a dried-out skull of a bird within the void. Wearing a crown of thorns, he sports a black domino mask with white eyeholes and a black overcoat with a yellow utility belt bearing a bird’s skull on the buckle. He also comes armed with green gauntlets bearing three claw-like blades on each hand. 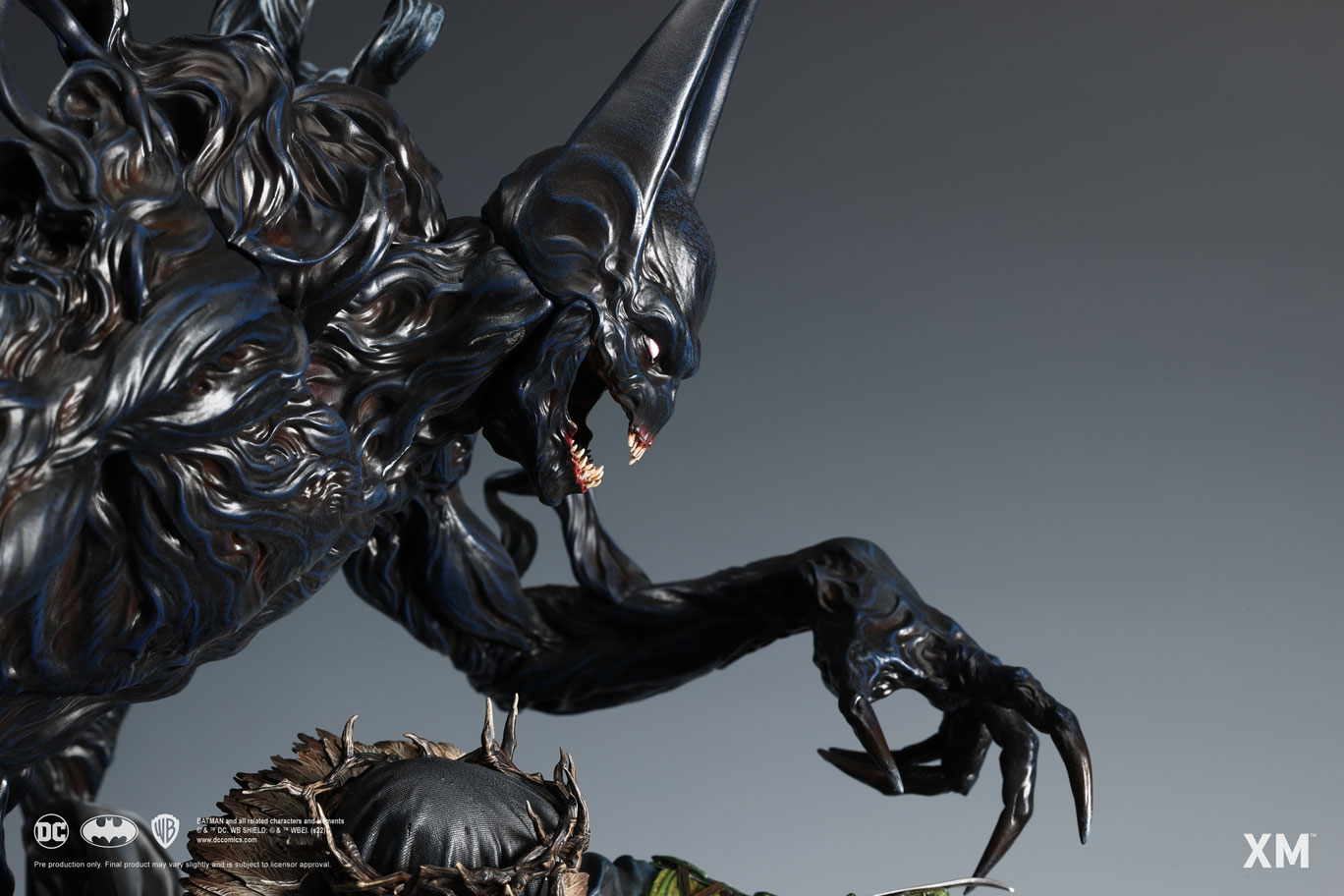 Looming nefariously behind him is his mentor and father-figure, an evolved form of the Batman Who Laughs called The Darkest Knight, a dangerous threat with the powers of Dr Manhattan.
Character Background
With a utility belt filled to the brim with weapons designed to kill every hero in the DCU, Robin King is the most sadistic soldier in the Darkest Knight evil army! Can anyone stop him from laying waste to Earth’s last line of defense? And how did he become one of the Batman Who Laugh’s groblins in the first place? And in the backup story, can the Robins liberate Gotham City from the Darkest Knight’s control? 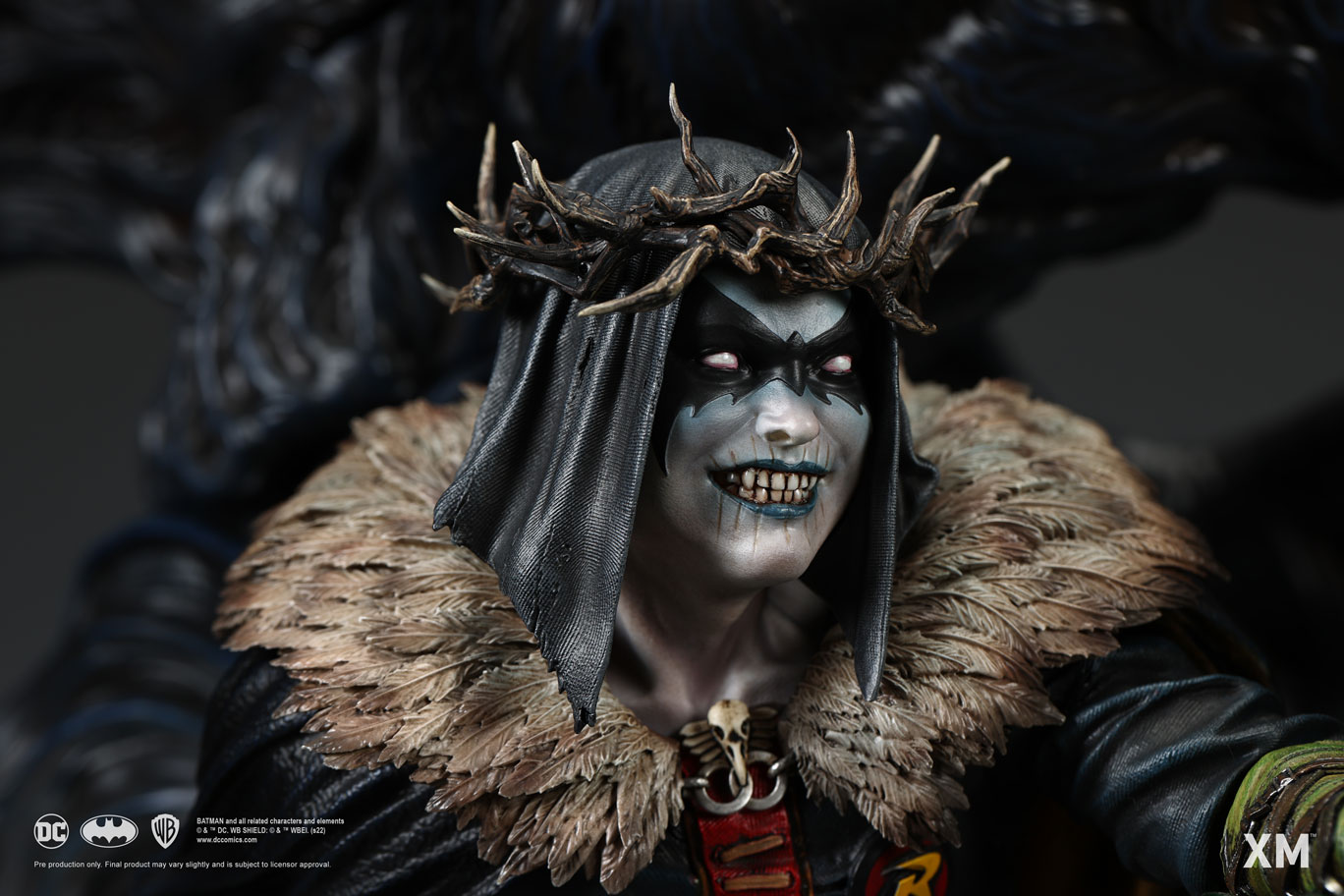