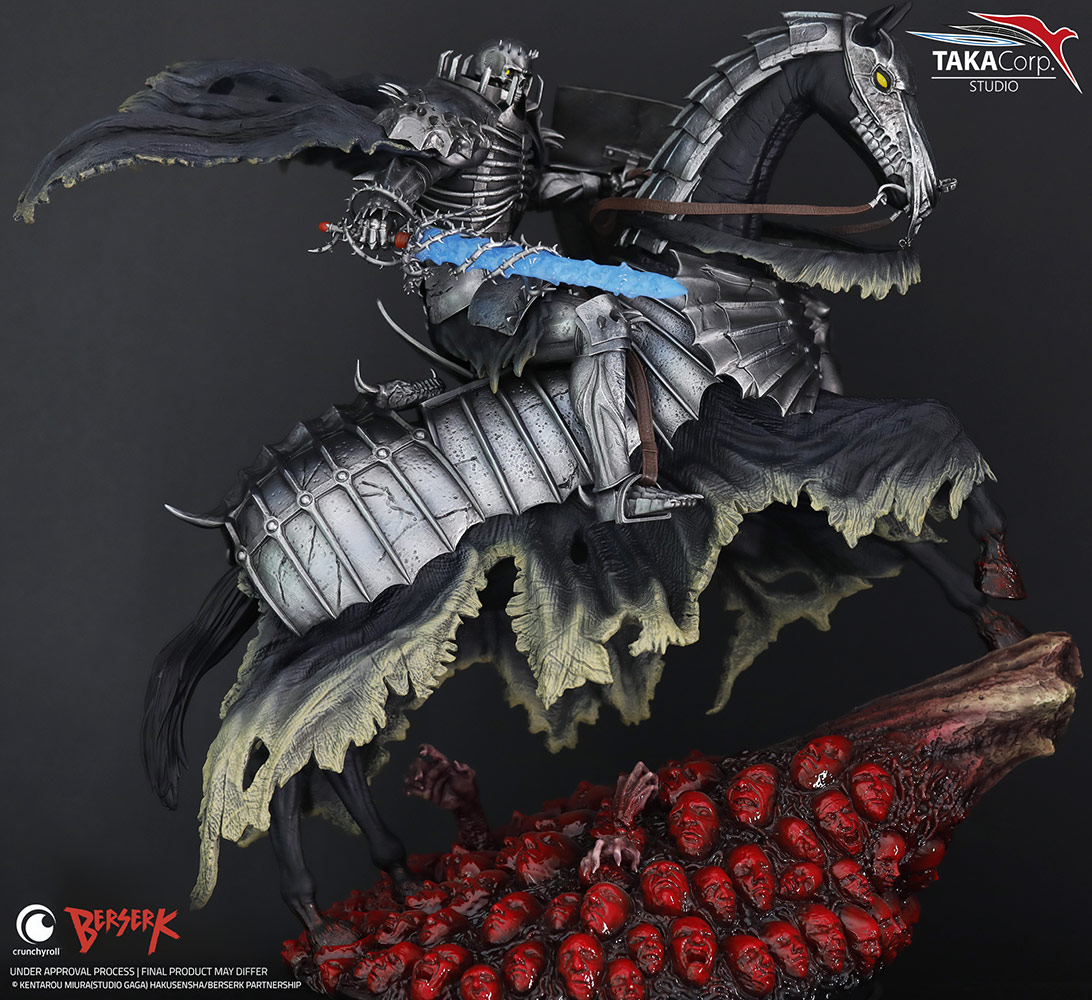 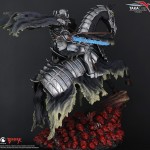 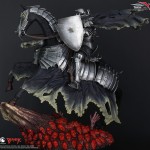 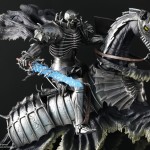 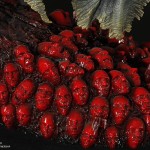 “In the presence of death, humans ask questions about life” – Kentaro Miura

Mortals, welcome the dark knight, tremble before his almighty power. Skull Knight presents itself to you!
Sideshow and Taka Corp Studio are proud to present the sixth scale Skull Knight Statue.
Taka Corp Studio decided to represent the mysterious skeleton knight during the eclipse scene, arriving at the last minute in order to rescue Guts and Casca from Griffith and his God hands.
From the top of his emblematic mount, he overhangs a base in the image of the damned characterizing this passage which has become legendary. Each statue is numbered with a certificate of authenticity in its packaging and includes an art box and extra cardboard. It was a huge honor for the Taka Corp team to work on this piece that has become a must for any fan of Dark Fantasy!