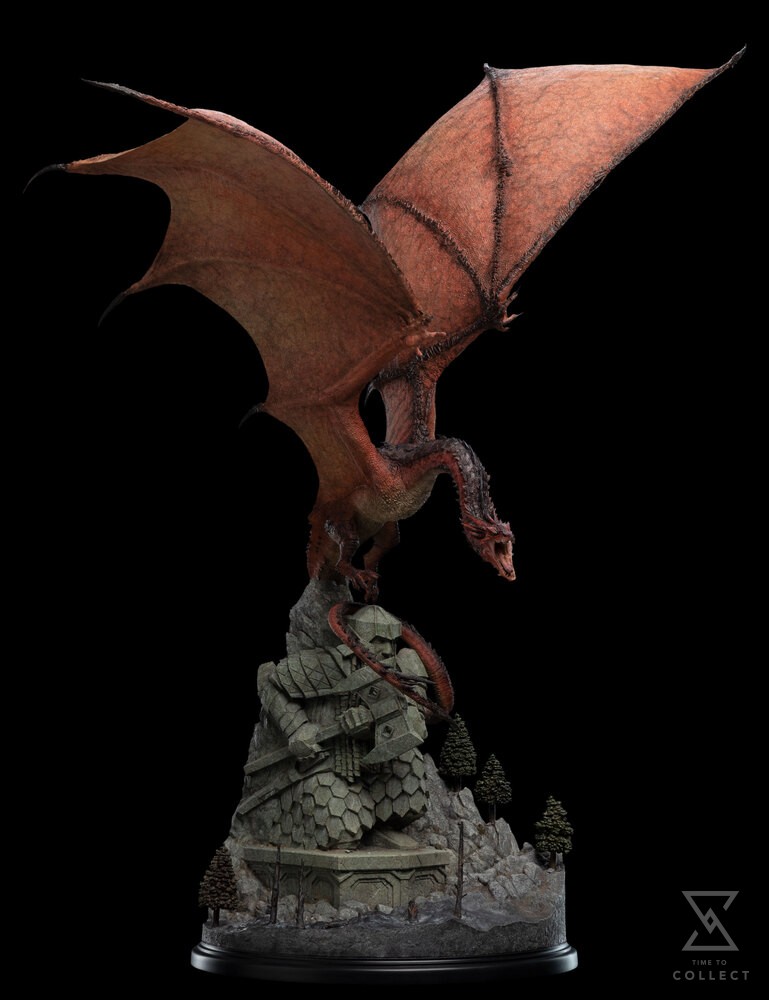 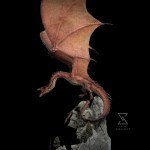 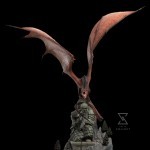 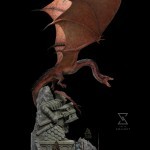 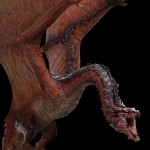 Orders for this piece are open for a strictly limited time, from the 8th of June to the 6th of July 2022 (PDT).

As a living incarnation of dread, magnificent in excess, and gluttonous beyond restraint, Smaug knew no equal in the lands of Dwarves and Men.

Beneath the steep, snowy slopes of the mountain of Erebor, the Dwarves of the Durin’s tribe unearthed jewels and gold beyond their dreams. The riches of the Mountain made King Thrór of the Longbeards unfathomably wealthy; extending his reach and influence far into the wide lands of Middle-earth. But while many paid homage to the powerful Dwarf Lord, jealousy and gold-lust kindled fire in the minds of others whose thoughts lingered on the Lonely Mountain, and none would burn hotter with rage and hunger than those of a Dragon.

From the North he came like a searing wind, falling first upon the city of Dale without warning, laying waste to its defences. Next, Smaug turned his baleful gaze upon the doors of the Dwarf realm of Erebor itself and inexorable was his advance. All fell before him as the Dragon turned everything in his path to ash: tree, spear, or soul. Those not burned or devoured fled before his wrath, and the roars of the Dragon’s triumph followed them as they fled, echoing through lands once under the dominion of Thrór, now desolate and scorched. The Mountain had a new King:Smaug, being the ultimate dragon, is always great to revisit. This time sculpting him with wings outstretched, I tried capturing his might and power – as many of my previous sculpts had them folded, with a focus on his elegance.
The design team on The Hobbit did a fantastic job of creating such a multifaceted character, so it’s always a pleasure to explore this great dragon once more. Gary Hunt – Sculptor, Wētā Workshop