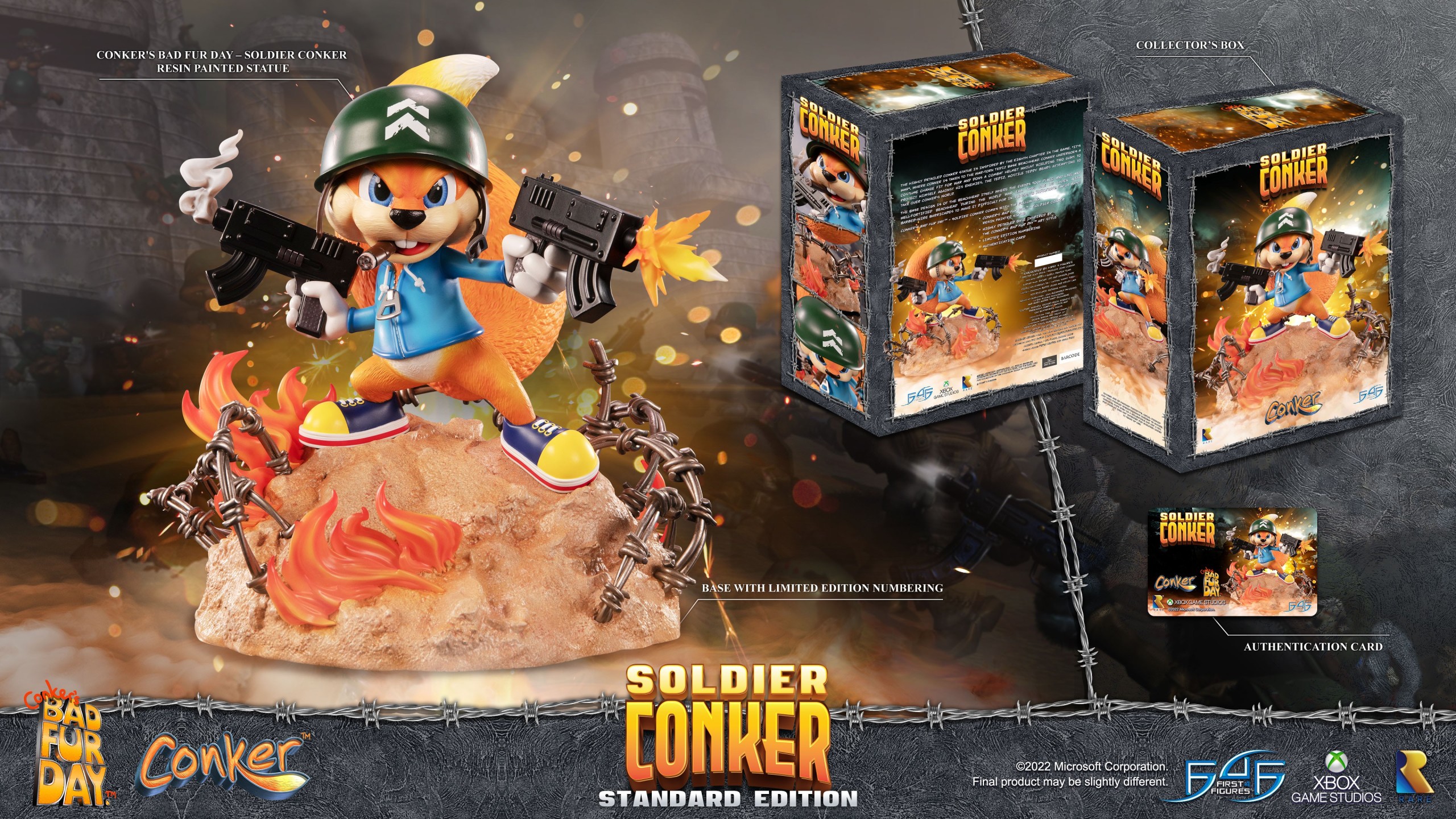 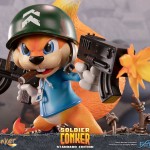 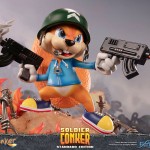 First 4 Figures is proud to introduce their latest statue collectible, Soldier Conker! This is the second statue to release in the Conker’s Bad Fur Day lineup.

The highly detailed Conker statue is inspired by the eighth chapter in the game, “It’s War”, where Conker is taken to the war-torn Tediz Base Beachhead. Conker undergoes a costume change fit for war and dons a combat helmet whilst wielding two guns to protect himself against his enemies, the Tediz, hostile teddy bears attempting to take over Conker’s world.

The base design is of the beachhead itself where the events took place, and like any well-fortified beachhead during the World War era, this one is laden with barbed-wire barricades to make it difficult for intruders to infiltrate their base.