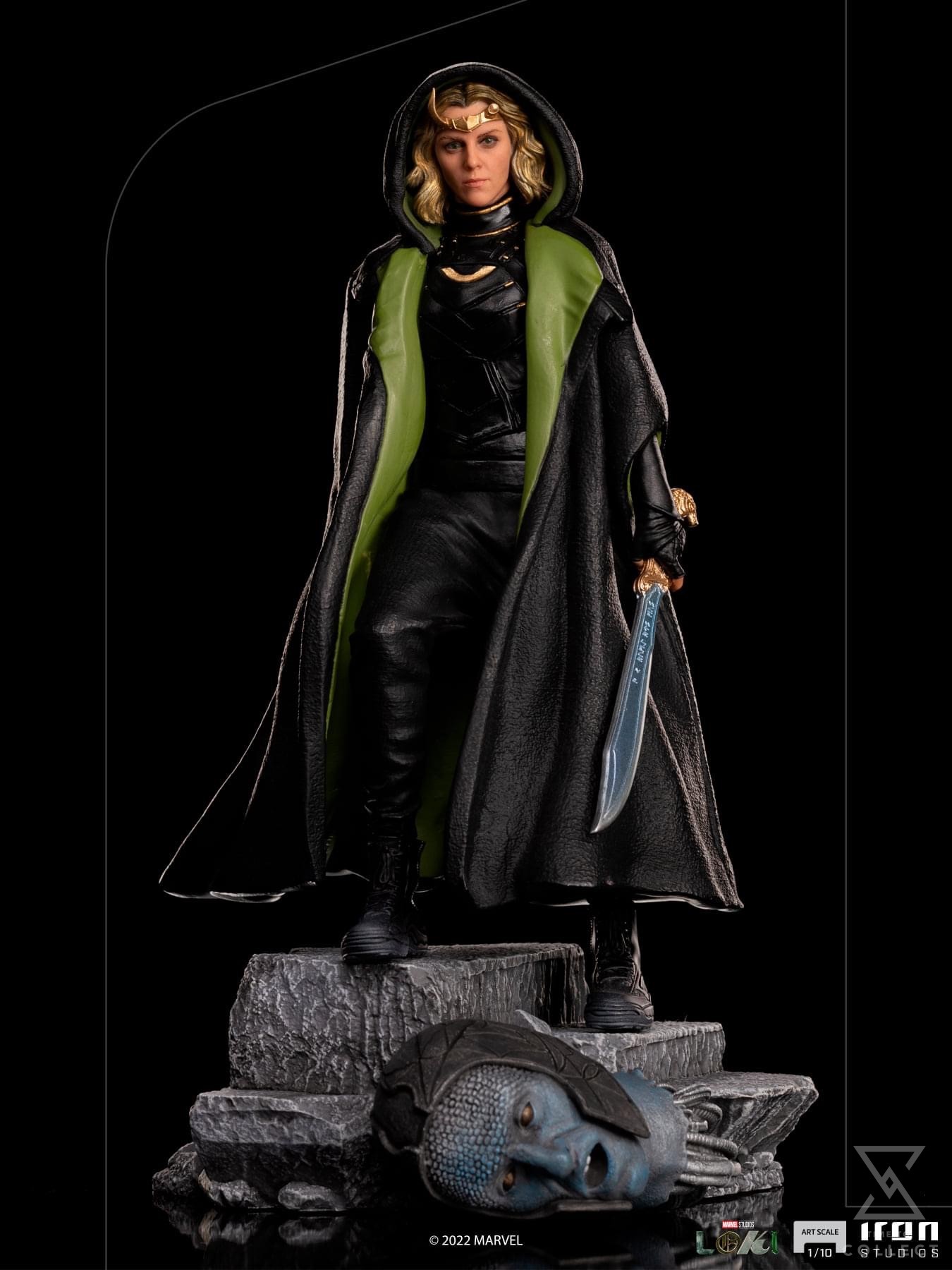 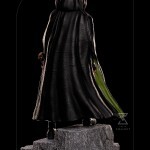 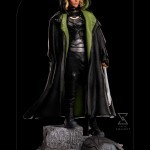 Inside the Time-Keeper’s chamber, spokespersons of the Time Variance Authority, ready to reach her objective, the Goddess of Mischief of an alternate Asgard, decapitated the head of one of the entities which turned out to be an android, concluding part of her revenge. Wielding her sword with Asgardian runes, wearing her green cloak and her golden tiara with horns (one of them broken), on a pedestal inspired by the scene described above with the robotic head at her feet, Iron Studios present the statue “Sylvie Loki Variant – Loki – Art Scale 1/10”, with the sorceress, Loki’s alternate version and ally, in the series of Marvel’s charismatic villain in the movies, produced for the Disney+ streaming service.

Loki Laufeydottir was born in one of the many realities that composed the so-called Sacred Timeline of a multiverse. When she was just a girl, she was taken by agents of the Time Variance Authority, accused of crimes against the Sacred Timeline, and had her reality erased. Stealing one TemPad (a device used for time-traveling or to capture someone in a time loop), she escaped into a portal, and adopted the name “Sylvie” as a disguise, hiding inside the timelines. While she was growing up, Sylvie learned to hate the Time Variance Authority, promising to destroy them and their Sacred Timeline. Later, she is forced to ally with another Loki variant (Tom Hiddleston) that scaped after the Battle of New York, creating a new timeline, and for whom she falls in love.