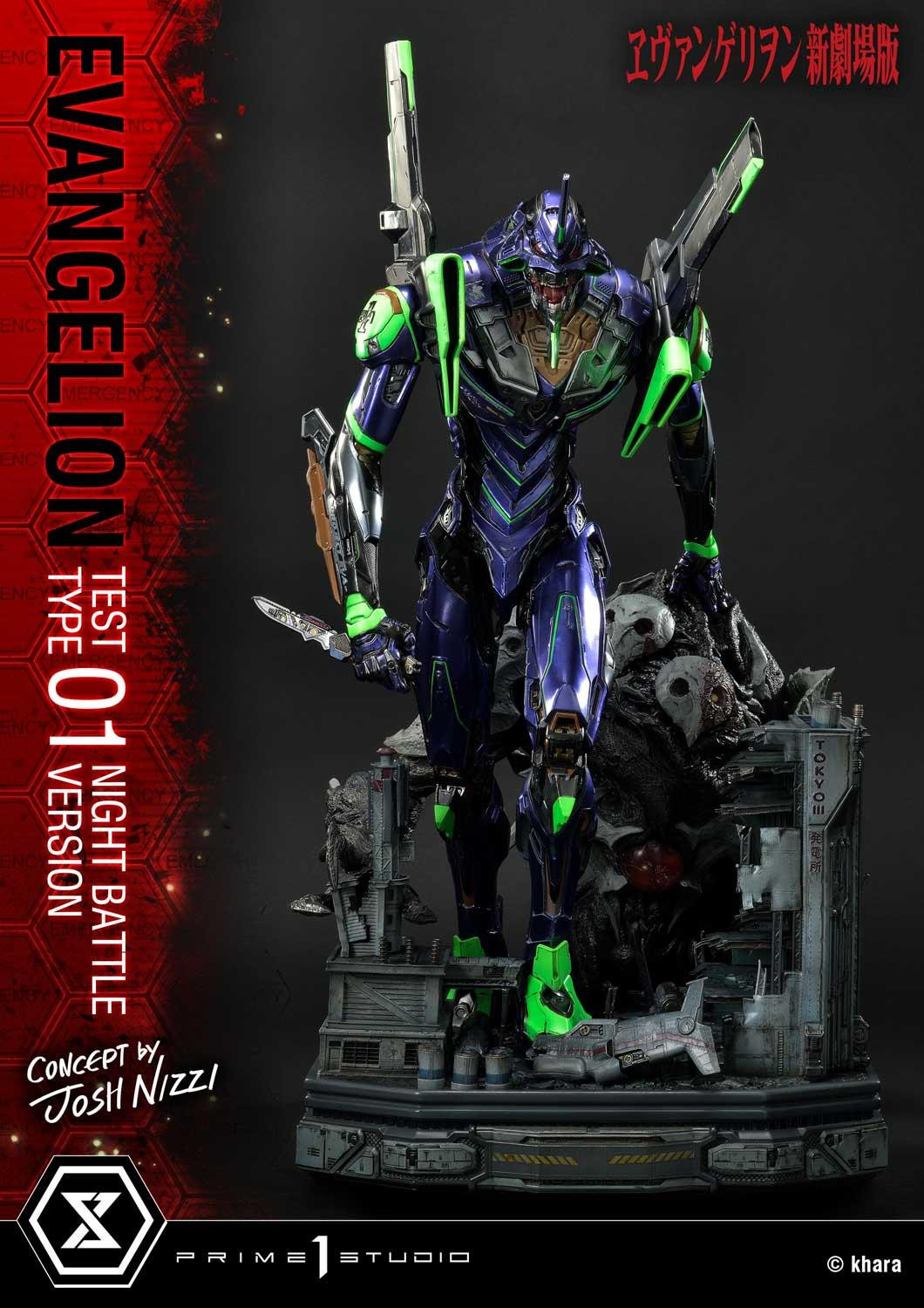 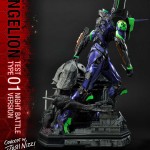 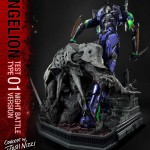 Prime 1 Studio is proud to present the Ultimate Diorama Masterline Series: the non-scale UDMEVA-03NB: Evangelion Test Type 01 Night Battle Version Concept by Josh Nizzi from Evangelion!
Arguably, Unit 01’s most famous battle was with the Angel, known most commonly as Sachiel. It’s the Angel that was terrorizing Tokyo-3 on the same day that Shinji Ikari arrived on the behest of his father, Gendo! That evening, Shinji was forced to pilot Unit-01 to disastrous results…initially. Unit-01 went berserk and destroyed Sachiel is a unique, jaw-dropping fight.

The Night Battle Version comes with two (2) swappable heads, in which its striking eyes feature LED Illumination! Unit-01 strides through the Tokyo-3 nightscape, clutching its Progressive Knife and dragging the remaining carcass of Sachiel (as well as other Easter Eggs)! This statue truly recreates a moment to behold! A must-have for Evangelion fans everywhere!