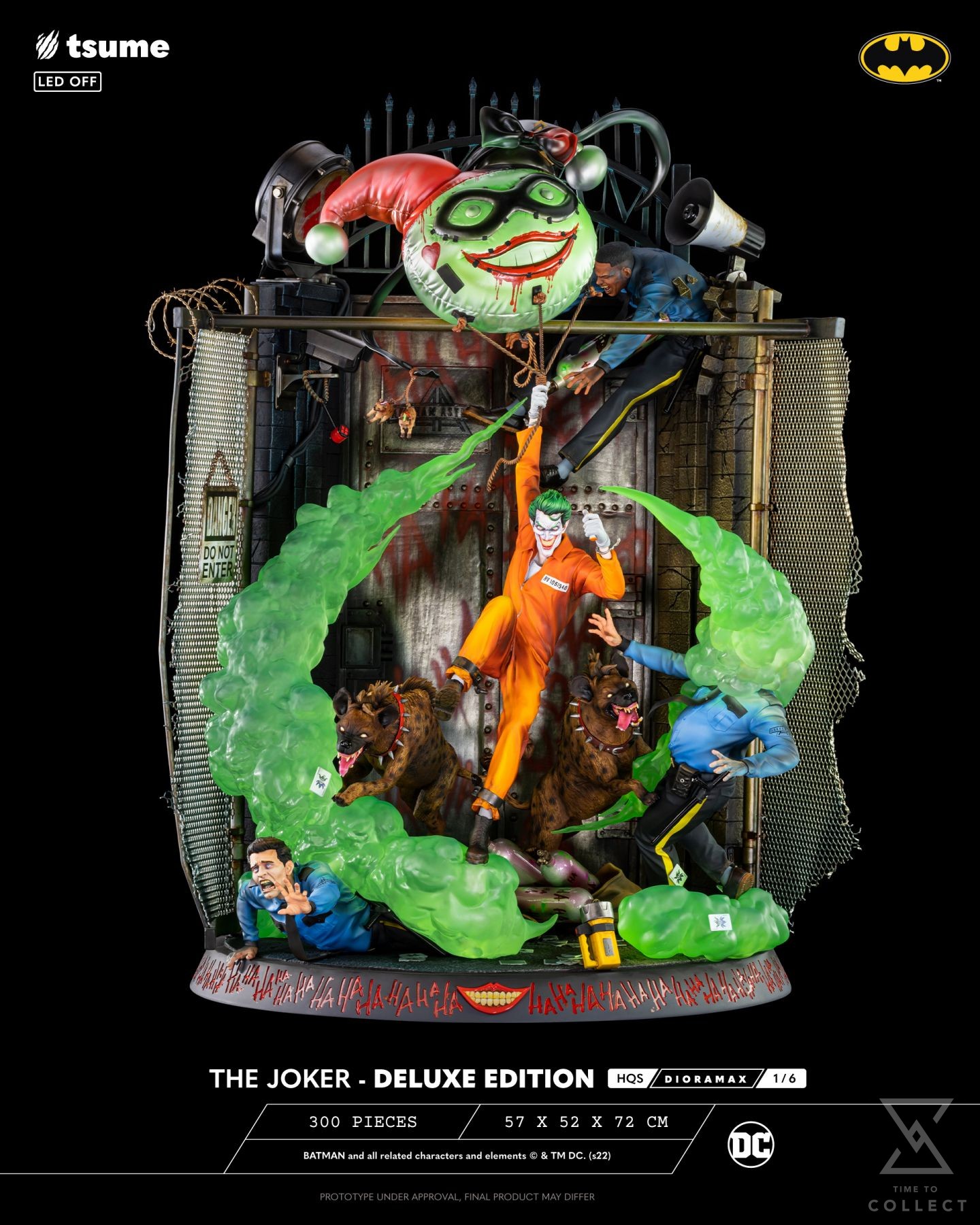 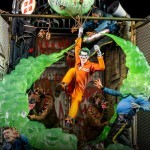 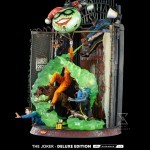 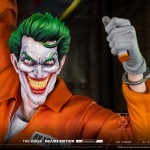 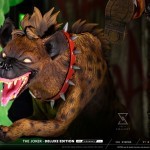 Batman HQS+ had well noticed his passage through the dark streets of Gotham city… He is lurking around to tell us his story, or rather his 2 stories, thanks to his new concept of interchangeable scenes: here is the inimitable The Joker – Deluxe Edition – HQS Dioramax (1/6)!

In the first version of the story, the Joker is rescued by Harley Quinn enacting her plan to break him out of Arkham. The name of the ominously famous Arkham Azylum is featured in its towering capital letters on the fence whose deterrent spikes are reminiscent of a bat. Placing the “Danger Do Not Enter” sign inside the gate, the Joker finds himself in front of the asylum and its armored doors tagged by his dedicated criminal. There are messages in red such as Puddin, the affectionate nickname she gives to the Joker accompanied by a heart, “Free the Joker”, his emblematic laugh HAHA on the Arkham logo or her 4 symbolic diamonds. As he escapes from the asylum, the Joker, ankles and wrists handcuffed, wears his orange prisoner outfit inspired by the costumes of the criminals locked up in Arkham and more particularly the Batman v1. JUNE (06) 1940. comics in which he made his first appearance. We then notice his registration number BV 1061940 written on both sides of his prisoner’s uniform. Much like his favorite nemesis Batman HQS+, the Joker was modeled after the designs of Jim Lee, his outrageous clownish makeup cutting edge with his green hair and blood red lips framing his gigantic sharp smile.