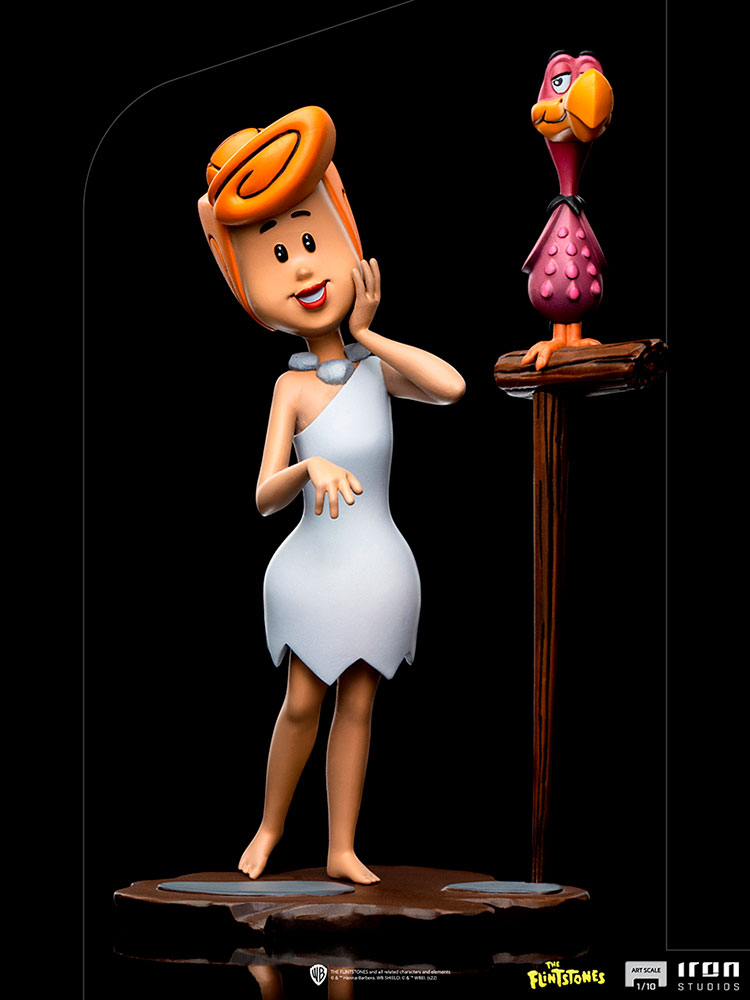 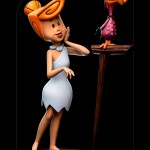 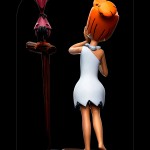 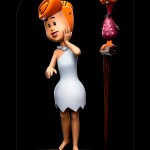 Delicate and charming, Fred’s beautiful red-haired wife amazes herself with “Doozy’s” fun ability to speak, her Dodo bird in the perch next to her, that was an anniversary gift given to her by her husband until it repeats and reveals Fred’s plans of going hidden to a Water Buffaloes convention. Thus, Iron Studios present the statue “Wilma Flintstone – The Flintstones – Art Scale 1/10”. Expert housewife and Pebble’s loving mom, Wilma is obstinate and balanced in her marriage, frequently she is the voice of reason to Fred and his ill-fated plans, and often she is her support, saving the clumsy husband when one of his schemes puts him in danger. Just like Fred, Wilma has the neighbor Betty Rubble as her best friend since their youth.

Since then, this “Stone Age modern family”, created by the legendary duo William Hanna and Joseph Barbera, was seen in more than 80 countries in the world, being the first animated series nominated to the Emmy Awards for Outstanding Comedy Series and principally, is the series responsible for Hanna-Barbera Production’s transformation in one of the largest studios in Hollywood. Their collection of statues is already available for Pre-Order by Iron Studios to the joy of fans and collectors all over the globe, the line also brings the statues of Fred Flintstone, Barney Rubble, Betty Rubble, and Dino, Pebbles, and Bamm-Bamm, individually available, revealed on Inside Iron Studios Day. Soon, more news from the Hanna-Barbera universe by Iron Studios in their social media and YouTube channel!