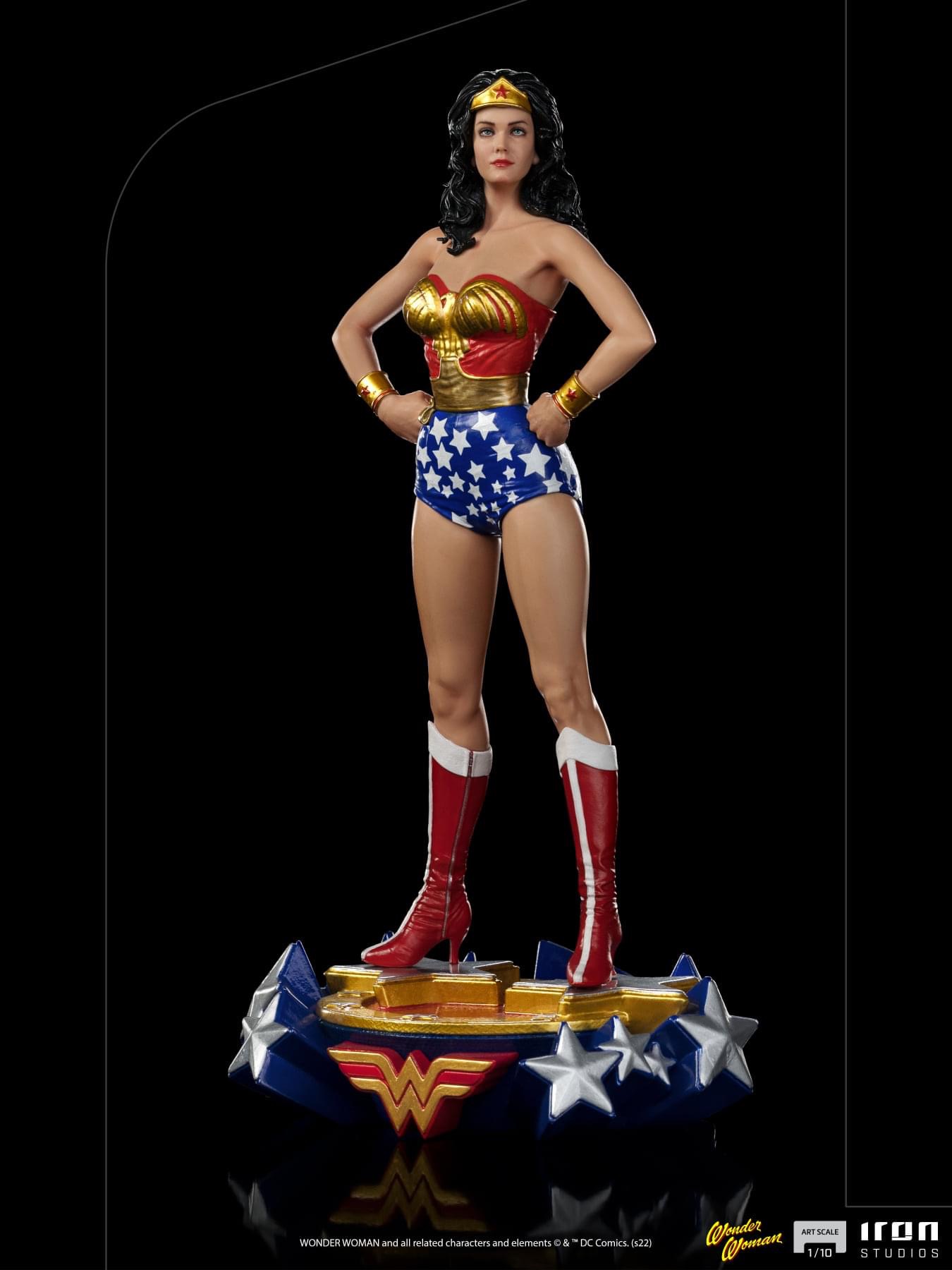 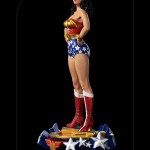 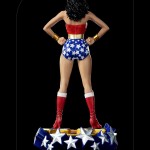 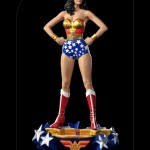 In her imposing and heroic pose with the clenched fists standing on her waist, wearing her costume created by Queen Hippolyta, with America’s emblems (land to which she went to defend the world), her golden belt, source of her power and strength while she’s away from Paradise Island, and equipped with her deflecting bracelets and her Lasso of Hestia, Iron Studios proudly present their statue “Wonder Woman Lynda Carter – Wonder Woman – Art Scale 1/10”, with the unforgettable and beloved hero in her artistic version from TV, on a pedestal decorated with a logo and stars that refer to the opening animation for the series.

In the beginning of November 1975, the North American TV broadcast company ABC presented the pilot episode-movie “The New Original Wonder Woman” based on the first Wonder Woman’s story from the comics, set during World War II. With a script totally faithful to the comics, featuring the beautiful and talented Miss World USA 1972 on the role of the protagonist, singer and actress Lynda Carter, her great success gave birth to a series with 59 episodes divided between three seasons from 1976 to 1979.

In 1942, pilot Major Steve Trevor (Lyle Wagoner) finds Themyscira, the Paradise Island, home of the Amazons, beautiful, strong, intelligent and immortal women, where he’s rescued by Princess Diana. Winning an Olympic competition to determinate which Amazon would represent Themyscira in the war against Nazi-Fascism and to help the Allies defeat the 3rd Reich. Against her mother Queen Hippolyta’s wishes, Diana travels with Trevor to the USA in a mysterious invisible plane, and after dropping him at the hospital, she creates and takes on the identity of Diana Prince, with which she accepts the job of Major Trevor’s secretary. With her other identity named Wonder Woman, she starts to face the forces of tyranny and terror. From the second season, the series continued at CBS as “The New Adventures of Wonder Woman”, now set in 1977, with the hero acting as a secret agent of IADC, a division from CIA, next to her superior Steve Trevor Jr., also played by Wagoner, son of Major Trevor and platonic passion of Diana, just like his father was in 1940. “Wonder Woman! All the world’s waiting for you…” With these words at the start of the thrilling theme song for the series, fans looked forward for the beginning of each episode, and now, fans and collectors already eagerly anticipate this future release by Iron Studios, available for Pre-Order.