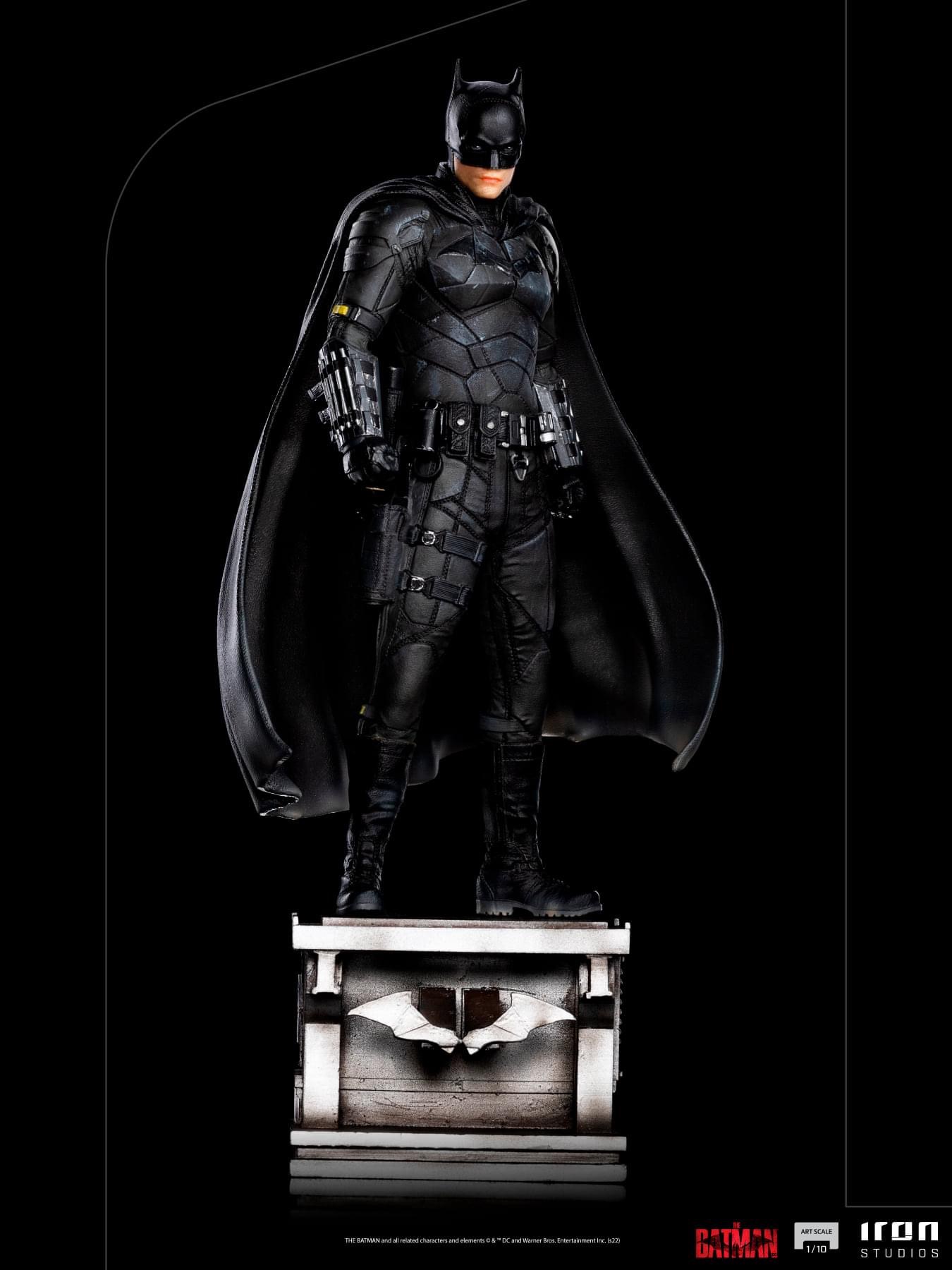 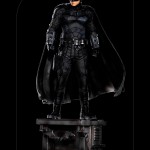 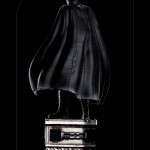 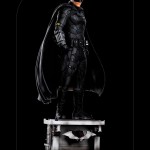 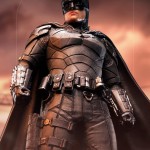 Over the cold skyscrapers in the gloomy city of Gotham, the dark image of the Dark Knight watches the alleys, the most obscure corners, imposing fear in the hearts of the wicked on his crusade for justice and revenge. Facing the most insane criminals, corrupt public workers, and powerful mobsters, he makes use of his long training, his deductive skills, and his unshakable will to bring hope to the citizens of the city he has sworn to protect. Using a black tactical suit filled with gadgets reflecting the appearance of a big bat that represents his identity, Iron Studios proudly present the statue “The Batman – The Batman – Art Scale 1/10”, with the newest representation of the character in the movies, on a pedestal that reminds Gotham City’s concrete buildings with Batman’s symbol in the front.

In the movie “The Batman”, director Matt Reeves presents his vision of the Dark Knight after 10 years without a Batman solo movie. Presenting a more credible version, in a dark, rainy, and dirty Gotham City, tormented by corruption and crime, after two years of walking on the streets and instilling fear in criminals, Bruce Wayne arrives at the city’s dark core. Batman, played by Robert Pattinson, with the help of his greatest ally and butler Alfred Pennyworth (Andy Serkis), is a relentless vigilante and a tireless detective that investigates together with lieutenant James Gordon, the only cop in Gotham that trusts him, a corrupt network of workers and people from the city. He faces the criminal Edward Nashton, also known as the complex, insane, and enigmatic Riddler (Paul Dano), following a trail of clues that lead the world’s greatest detective to the underground, where he finds the eccentric Oswald Cobblepot, also known as Penguin (Colin Farrell) and the glamorous Catwoman (Zoe Kravitz).

With the premiere on the big screens, Iron Studios make the statue available for Pre-Order, expanding their collection with another already acclaimed version of the iconic worshiped hero. Soon more Dark Knight news by Iron Studios, follow their social media and YouTube channel!