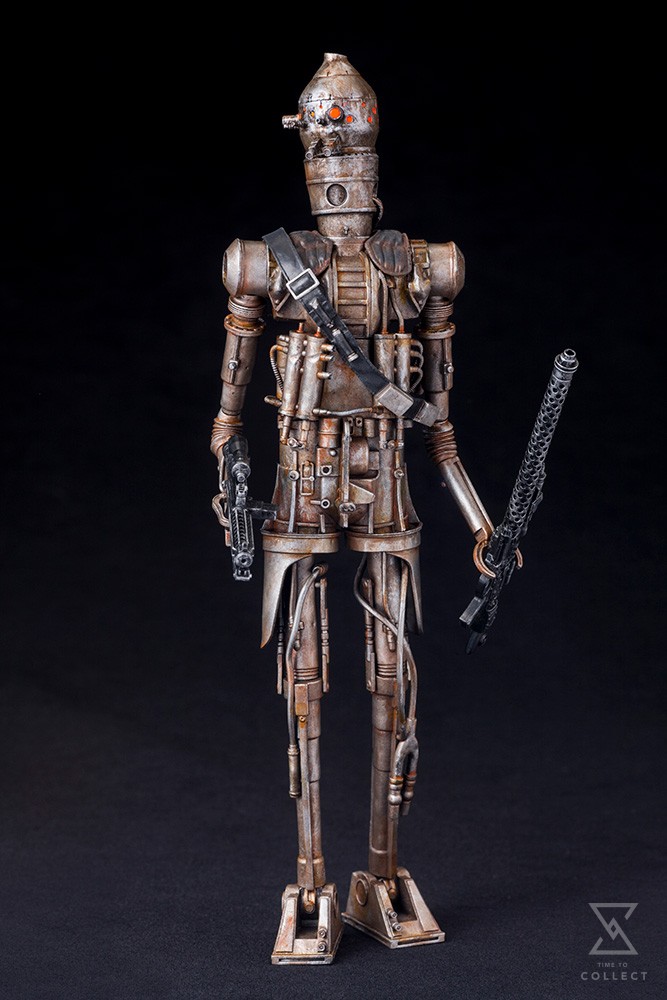 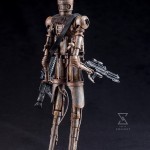 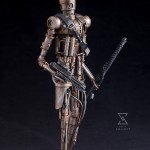 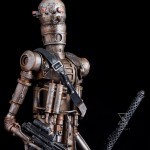 A Kotobukiya Japanese import! Star Wars ARTFX+ Statues bring you all of the quality and detailing that you expect from an ARTFX release in a great smaller scale perfect for collecting! The series has already brought you amazing heroes, villains, and troopers from the classic trilogy and beyond, and now you can collect the bounty hunters summoned by Darth Vader to track down the Millennium Falcon in Star Wars Episode V: The Empire Strikes Back. Following up after the debut release of the former protocol droid 4-LOM is another robotic scoundrel, the assassin IG-88! The fearsome bounty hunter who specializes in executing its quarries has a very unique look that’s captured perfectly here with its exposed components, long torso and limbs, and of course its visually distinctive cylindrical head with multiple malevolent red sensor units. The dirty and worn IG-88 is ready to take on its next assignment, taking a small step forward while brandishing a blaster pistol and rifle.

ARTFX+ Statues are fun-to-assemble pre-painted snap-fit kits that can be put together easily in seconds without glue or modeling skill. The towering IG-88 stands over 8 inches tall (1/10th scale), and magnets in its feet provide perfect stability on the included metal display base. Continue your ARTFX+ Bounty Hunter series with this killer droid and collect them all (4-LOM, Dengar, IG-88, Bossk, and Zuckuss) to assemble a complete statue of Boba Fett with included bonus parts!