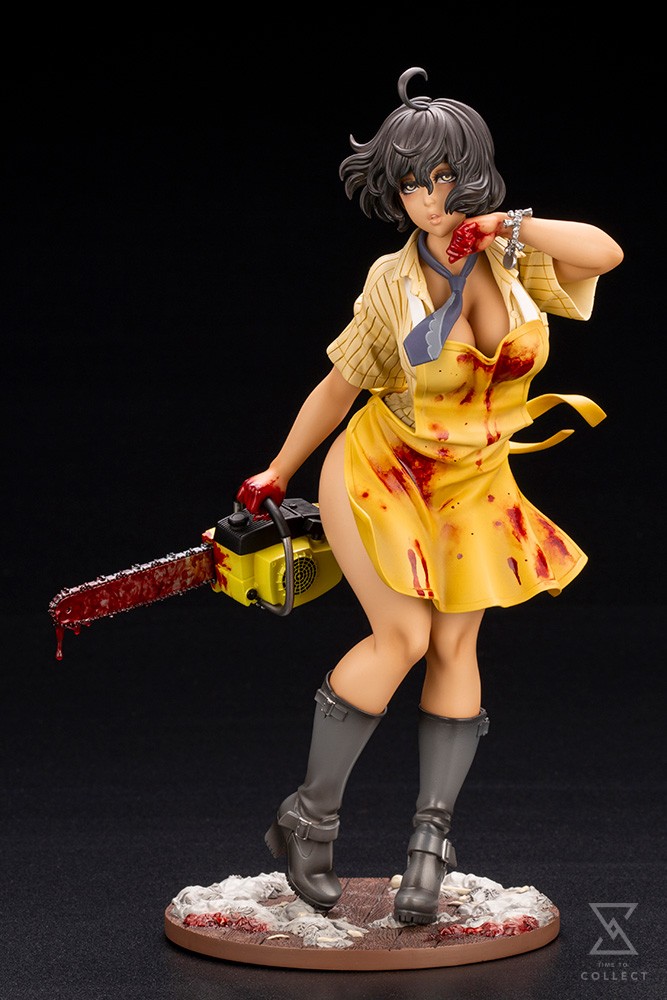 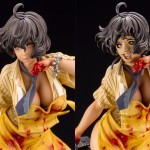 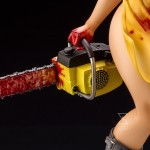 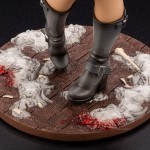 The highly anticipated character from the gold standard of horror movies finally joins the lineup! Leatherface from “The Texas Chainsaw Massacre” joins the Horror BISHOUJO lineup! With beloved illustrator Shunya Yamashita’s expert design, Leatherface’s appearance has been fully revamped while retaining its original look! This BISHOUJO rendition of Leatherface can be seen wearing only a shirt, pulling attention to Bubba Sawyer’s large body which has been adapted into a voluptuous physique. Leatherface’s hollow expression along with her reddened face and slightly open mouth show that she has lost all sense of control. The blood splatters on the yellow apron have been painted with a glossy paint in order to reproduce the look of slimy blood. The original bloody chainsaw designーa symbolic weapon in “The Texas Chainsaw Massacre”ーwas perfectly turned into 3D data, and was then adjusted to the size of the BISHOUJO statue in order to retain the authenticity. The base has been designed in a diorama-style with dust, feathers, and a scattering of bones and teeth which add to the eerie atmosphere of the Sawyer home. A human skin masked face part is also included, allowing you to recreate Leatherface as close to the original form as possible. Quiet madness is now at your fingertips. 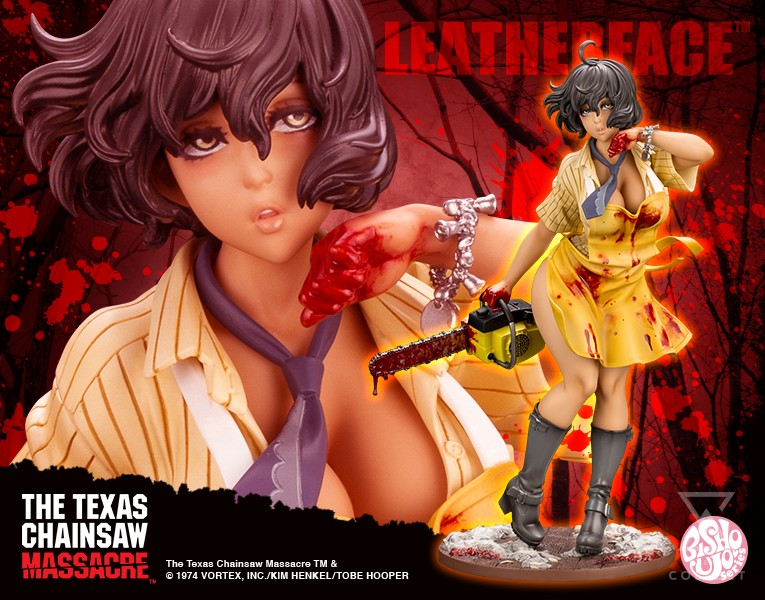