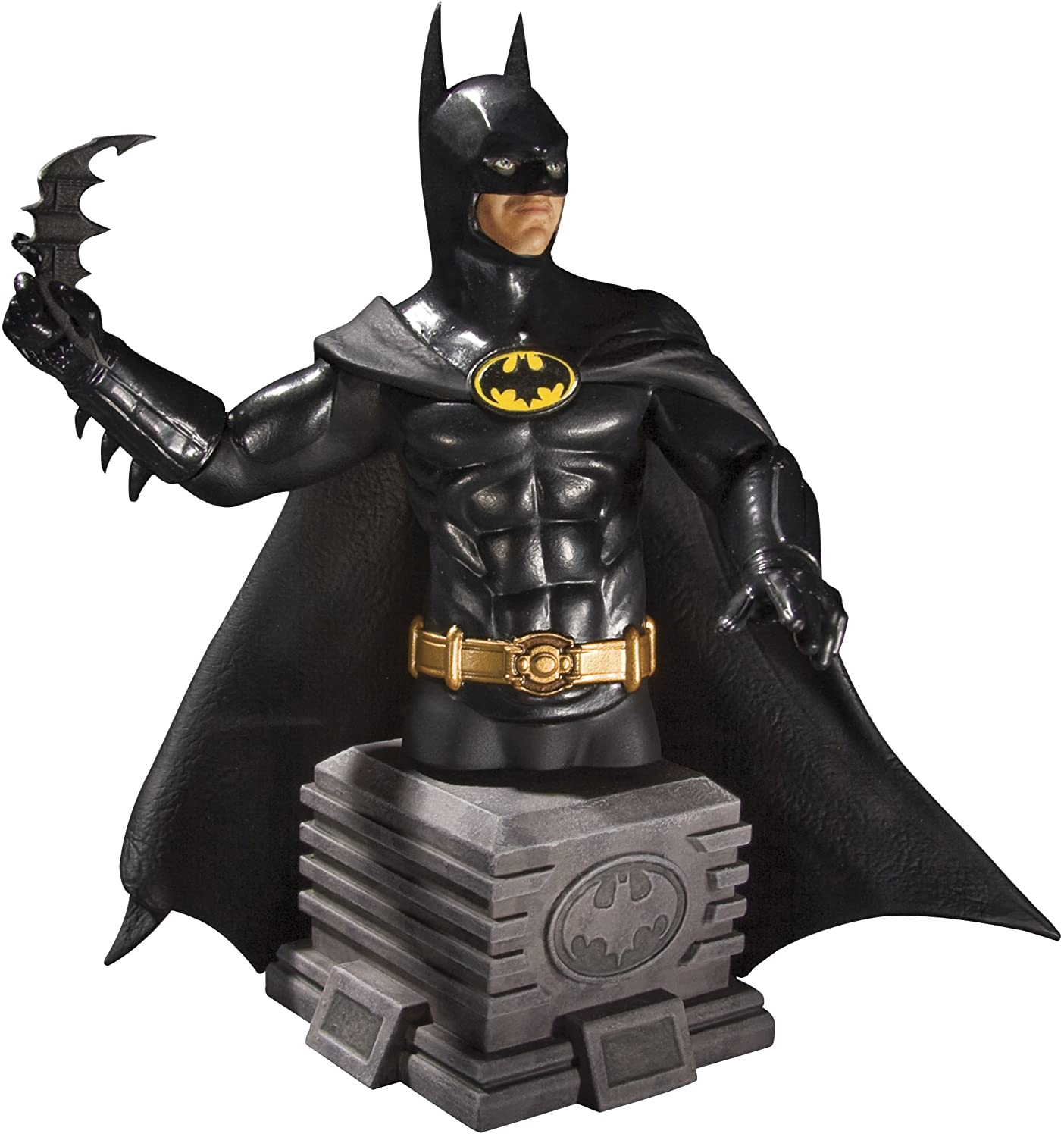 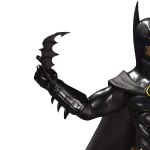 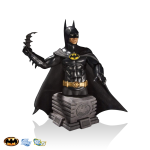 In honor of DC Comics’ 75th anniversary, Michael Keaton’s quintessential portrayal of Batman is presented in bust form.
From Warner Bros.’ ground-breaking, blockbuster 1989 movie BATMAN, Michael Keaton as Batman is poised for action as he prepares to throw his trademark Batarang. With a gothic-inspired base, the design is reminiscent of the architectural vision of designer Anton Furst’s Academy Award-winning Gotham City.
The MICHAEL KEATON AS BATMAN BUST is hand-painted, cold-cast in porcelain, measures approximately 5.75″ high x 5.5″ wide x 4.5″ deep and is packaged in a 4-color box.
SCULPTED BY JOSEPH MENNA