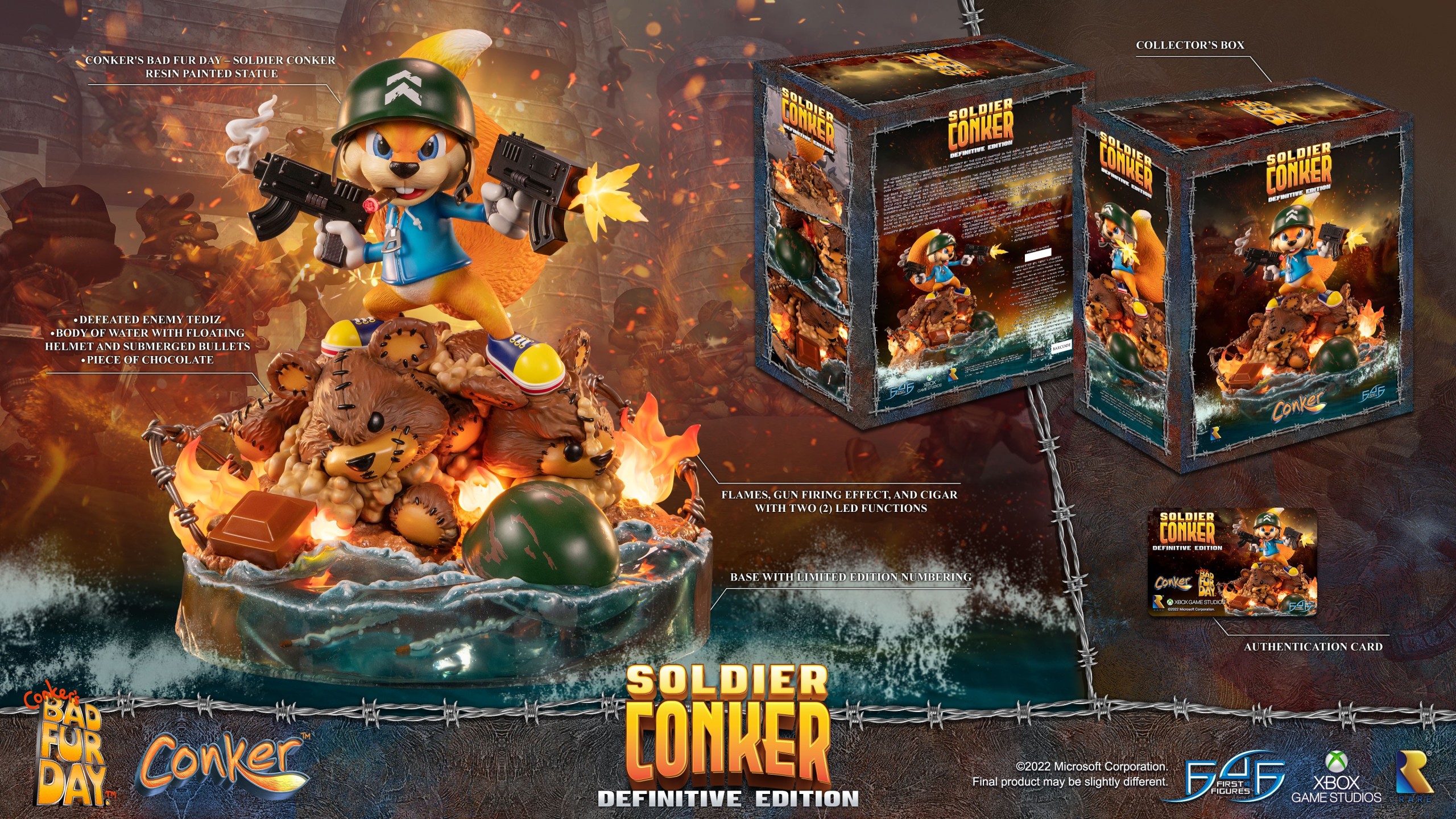 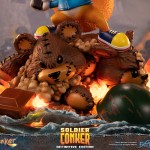 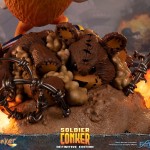 First 4 Figures is proud to introduce their latest statue collectible, Soldier Conker! This is the second statue to release in the Conker’s Bad Fur Day lineup.

The highly detailed Conker statue is inspired by the eighth chapter in the game, “It’s War”, where Conker is taken to the war-torn Tediz Base Beachhead. Conker undergoes a costume change fit for war and dons a combat helmet whilst wielding two guns to protect himself against his enemies, the Tediz, hostile teddy bears attempting to take over Conker’s world.

The base design is of the beachhead itself where the events took place, and like any well-fortified beachhead during the World War era, this one is laden with barbed-wire barricades to make it difficult for intruders to infiltrate their base. And for the Definitive Edition, there are even more elements to the base that paint a more vivid picture. Conker is standing atop defeated enemy Tediz, there’s a body of water with a floating helmet and submerged bullets with a bullet trajectory trail, and there’s a piece of anti-gravity chocolate on the base that replenishes Conker’s health in the game.

The Definitive Edition also comes with two LED functions for the flames, the gun firing effect, and Conker’s cigar: a static mode and an animated mode! And not only that, the animation for each detail is different. The flames will pulse as if they are being fanned by the wind. The gun firing effect will imitate gunfire, and the tip of the cigar will pulse as if Conker is smoking it!